The heart of a heartless world 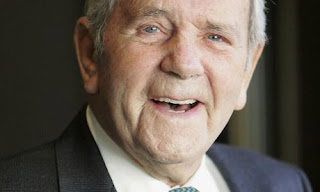 I meant to write something earlier in brief tribute to Norman Wisdom, the British comedian and actor who died earlier this month aged ninety-five. An all round performer in the tradition of vaudeville, he is probably best known for a series of films he made in 1950s and 1960s, in which he starred as the hapless Norman Pitkin.

His comedy is that of a different age, a simpler and more naïve age. In a sense Wisdom and Pitkin were one and the same, the little man, a modern Chaplin, continually struggling against the pompous and the inflated, fighting against impossible odds with infectious optimism, defeated at one moment, triumphant at the next, always irrepressible. In The Art of Donald McGill, an essay on bawdy seaside postcards, George Orwell makes the following observation;

I never read the proclamations of generals before battle, the speeches of flihrers and prime ministers, the solidarity songs of public schools and left-wing political parties, national anthems, Temperance tracts, papal encyclicals and sermons against gambling and contraception, without seeming to hear in the background a chorus of raspberries from all the millions of common men to whom these high sentiments make no appeal.

This, for me, is Pitkin, the universal common man, always heroically unheroic. I would have said that his comedy was uniquely British, a manner and a style that did not travel well. But it did travel and to some of the most unusual places. There was perhaps no place more unusual in Europe than Albania under the communist dictatorship of Enver Hoxha. Almost every ‘decadent’ western influence was banned, anything that made life pleasurable.

Pitkin made it across this cultural cordon sanitaire. Given what Orwell says, I would have assumed that his style of comedy, a hymn to individualism and non-conformity, would have been completely taboo in any kind Stalinist utopia, but apparently the humourless and literal-minded Hoxha saw it as a parable on the ‘class struggle.’ It doesn’t really matter, though, for in their sterile lives the Albanian people found a new hero in such movies as A Stitch in Time and Trouble in Store. Pitkin became a huge hit, giving Wisdom an enduring cult following. On his death the present Albanian prime minister sent condolences on behalf of his nation to the actor’s family.

Wisdom, once asked to explain his popularity in Albania, said that he thought it was because his films, amongst other things, were free of sex and violence. I don’t think that’s the explanation at all; I imagine the Albanians would have delighted in a spot of sex and violence if they had been allowed to see such things. No, his appeal went deeper. What was it? In April I wrote a blog called The Dictator and the Clown in which I made the following points about Albania, Hoxha and Wisdom;


The heart of a heartless world; I can think of no better epitaph.
Posted by Anastasia F-B at 15:53