We must be Free or Die…Really? 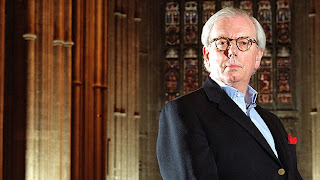 In a my review last month of Anthony Browne’s The Retreat of Reason - Political Correctness and the Corruption of Public Debate in Modern Britain I said that intolerance and sanctimonious moral superiority are among the defining features of the proponents of the politically correct, people whose chief response to criticism is ad hominem attacks.

I was reminded of this once again as the liberal sledgehammer went bang bang on the historian David Starkey’s silver head for daring to raise question about the wholly negative effects of a certain type of subculture.

If he had said all sorts of nasty things about the British National Party or the English Defence League he would have been applauded; because these are safe objects for the two minute hate, safe objects of liberal hysteria. Throw the Newspeak dictionary at the face of Nick Griffin of the BNP, who cares? But raise questions about gangsta rappers and their incomprehensible patois, raise questions about their responsibility for the recent riots – racist! racist!, screams the mob, urged on by that cretinous vulgarian Piers Morgan.

The rest is silence, or it would be if Starkey had not come out fighting at the weekend with an article in the Telegraph. Ed Miliband, the leader of the Labour Party, and a man in the same league was Morgan, apparently gave a speech after the history don’s appearance on Newsnight (the horror! horror!), at the end of which a member of the audience invited him to ‘stamp out’ the kind of opinions expressed by Emmanuel Gold…sorry, David Starkey. Yes, yes, blah, blah; the comments were racist and “there should be condemnation from every politician, from every political party of those sorts of comments.”

Starkey reminds us of the comments to be stamped out: “A particular sort of violent, destructive, nihilistic, gang culture has become the fashion…This sort of black male gang culture militates against education…It’s not skin colour, it’s cultural.” Rejecting this view, as Miliband does, presumably means embracing the corollary: gang culture is “personally wholesome and socially beneficial.”

Tony Parsons, a left-wing Labour MP, does not seem to think so, despite Red Ed’s admonition. Writing the Daily Mirror he goes even further than Starkey, saying that “without the gang culture of black London, none of the riots would have happened – including the riots in other cities like Manchester and Birmingham where most of the rioters were white.”

If we accept the Miliband-Morgan-Moron line then the views of Lindsay Johns should also be ‘stamped out.’ He is an Oxford-educated writer of mixed race who works with young people in the Peckham district of London. Like Starkey, he has drawn attention to the insulting and demeaning acceptance of a fake Jamaican – or ‘Jafaican’ – patois. “Language is power”, he wrote, “and to use ghetto grammar renders young people powerless.”

Powerless, that’s the key; moral relativism, the kind of moral relativism embraced by Miliband; the moral relativism bequeathed to this nation by thirteen years of the most awful government in our history, has created a powerless sub-class that shares nothing of a common identity, one that can only express itself in ignorance, violence and disorder.

There is another dimension to this. The attack on England, the attack on English identity, on the symbols of English identity, has contributed to a process of alienation and cultural fragmentation. Over several decades there has been a systematic devaluation of Englishness, of the symbols of Englishness, including the flag of Saint George – “The attack was astonishingly successful”, Starkey writes, “But it left a void where a sense of common identity should be. And for many the void has been filled by the values of ‘gangsta’ culture.”

Starkey reminds us of Somersett’s Case of 1772, one of the most famous legal rulings in English history, a judgement against slavery, in which it was resolved that “England was too pure an air for slaves to breathe in.” But it’s not too pure for parts of the black community to be effectively re-enslaved, in the ghettos of language and in the ghettos of the mind. How many centuries will it take for some future politician to offer an apology for this betrayal?

We must be free or die, who speak the tongue
That Shakespeare spake; the faith and morals hold
Which Milton held.-In every thing we are sprung
Of Earth’s first blood, have titles manifold.

No, we must not; we must have uncomfortable questions ‘stamped out’; we must condemn all those who attempt to raise these issues howled down as racists; we must deny them a platform least they corrupt the gullible public; we must avoid all attempts to understand the recent disorders in England least they prick the bubble of complacency. That’s the decent way; that’s the Miliband way; that’s the Morgan way.