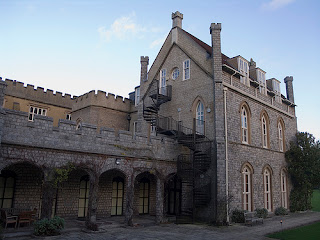 I was privately educated, spending the formative years of my life at Wycombe Abbey, a boarding school for girls near High Wycombe in Buckinghamshire. The environment was excellent, educational, social and sporting.

While there I made some friendships that have proved lasting, including one with a girl who attended thanks to the Assisted Places Scheme (APS). This was introduced by the Conservative government of Margaret Thatcher in 1980, enabling thousands of pupils from less affluent backgrounds to benefit from the kind of experience that the independent sector has to offer.

No sooner was the government of Tony Blair elected in 1997 than the whole thing was abandoned. It was ‘elitist,’ so the mantra went among the appalling inverted snobs of the Labour Party, elitist to allow clever children from poorer families access to the best that the country had to offer.

I’ve never disguised the contempt I have for socialists and Labourites in general, always attempting to reduce everything to a lowest common denominator. Their actions were all the more wretched because Blair went to one of the most prestigious public schools in Scotland; all the more contemptible because Dianne Abbot, a former leadership contender and all round left-wing loud mouth, chose to send her own son to a leading independent school in London, while denouncing private education as ‘elitist.’ It’s alright for me and mine; it’s not alright for you and yours.

The APS is long gone but people, even people of relatively modest means, still have far greater faith in the fee-paying independents than they do in the state sector, the arena of so much that is bad, the arena that Abbot was so anxious to rescue her own child from. According to a recent report I read, parents in Britain spend far more educating their children privately than any other country in Europe, almost double the level, for example, of France. Household spending on education is also higher here than it is in the United States.

The reasons for this are not hard to understand. More and more parents are concerned about issues of discipline and about the general dumbing down that has been such a feature of state education in England. Commenting on this Philip Davis, the Tory MP for Shipley in West Yorkshire, said;

Parents who send their children to private schools are not all rich and snobbish. They are people who make enormous sacrifices because they do not think state schools are up to scratch. Private schools are popular because of the ethos they have which state schools seem to lack. It is to do with discipline, standing up when the teacher comes in to the room, turning out nice people who treat people with respect. And there is the fact that exams have been dumbed down so much.

The problem is worse in the inner cities, places where a high number of immigrants have settled, people whose first language is not English. Rightly or wrongly, many parents feel that their own children are being held back when teachers have to concentrate in the first place in conveying the rudiments of our language.

It all comes down to one thing, namely how important it is to give one’s children the best possible advantage in life. Despite the steady drip of cultural socialism, of notions of equality, of welfarism, of expectations that the state will always provide, we live in a competitive world, a world where excellence will always show. For that reason and for so many others if I ever have a daughter she will go to my old school. There is no doubt at all about that.
Posted by Anastasia F-B at 16:27