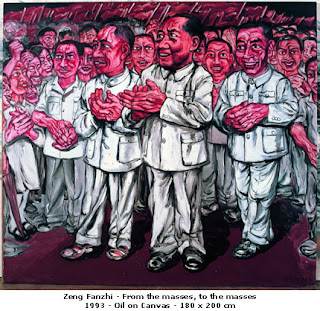 Hans Fallada’s novel Jeder stirbt für sich allein, given the English title Alone in Berlin, is a political thriller set in the German capital during the Second World War. It focuses chiefly on an act of resistance, futile and pointless, by an elderly couple who decide on a postcard campaign, denouncing the regime, after their only son is killed at the front. It’s both an act of faith and of desperation, whispers in a hurricane, never destined to be heard.

I was reminded of it recently on reading an article by Robert Hornsby in History Today (Circles of Subversion in Khrushchev’s USSR) which touches on attempts at resistance within the Soviet Union, small scale, fragmented and isolated, sometimes no more than a single individual pretending to be a large organisation. My first reaction was one of surprise that there was any subversion at all, believing that independent-minded defiance had been more or less bled out of the Soviet State by Stalin.

Apparently not, for hundreds of clandestine organisations and groups appeared during the so-called ‘thaw’ of the late 1950s and early 1960s, some of which secretly distributed manifestos critical of the existing system, a little in the fashion of the couple in Fallada’s novel.

A lot of these groups were made of religious or national dissidents, but there were some ‘idealists’, including members of the Communist Party or the Komsomolsk, the youth wing, who took the nonsense of socialism seriously, simply believing that it had somehow been corrupted under Stalin.

The information we have, mostly retrieved from KGB archives, includes leaflets reminiscent of the slogans of 1917, one calling for “land to the peasants, factories to the workers and culture to the intelligentsia.” Others called for a Nuremberg-style indictment of Stalin’s surviving henchmen or the suspension of article 58 of the criminal code, long used in the persecution of ‘anti-Soviet’ elements.

Although these people when caught, as they most often were, were prosecuted using that blunt tool, on the assumption that they were acting under hostile influences, they were neither anti-Communist nor pro-West. Typical here was the Union for the Struggle for the Revival of Leninism established in 1963 by one Petro Grigorenko, aiming to return the USSR to ‘true Leninism.’

The fact is that these ideological simpletons took Khrushchev at his word, that Stalinism was an aberration and that the system could be reformed from within. In reality the regime was intolerant of any challenge to its ideological monopoly, even from a supposedly Marxist-Leninist perspective. As Hornsby says, when a new crackdown began in late 1956 in the wake of the Hungarian uprising officials were specifically told that ‘neo-Bolshevik’ elements were not to be tolerated or mistaken for allies.

It could not last; the idealism could not last in a system that was unresponsive, bureaucratic and sclerotic. The instability and false hopes of the Khrushchev era gave way to the relative prosperity of the Brezhnev period, in which oppression went hand in hand with an increase in living standards. By the mid-1960s the Communist idealism revived by the thaw was in terminal decline, not just because of the efficiency of the state security apparatus but because nobody cared and nobody believed.

Sorry, there was one last believer, who by one of history’s acutest ironies turned out to be the General Secretary of the Communist Party itself – Mikhail Gorbachev. His labour was beyond that of Hercules, to reform the unreformable. In retrospect his initiatives look almost comically naïve, all based on a call for ‘openness’ in a society that had learned apathy as a mode of defence. The idealists, the believers, the Leninists were all gone.