The Wicked Debt of the West 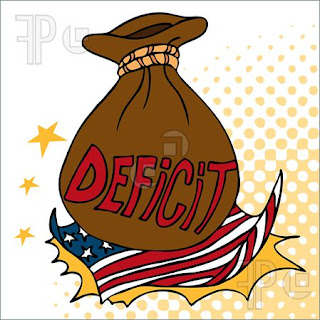 How quickly things are moving. It’s not that long since I wrote about the great euro rescue (A New Old Young Plan). There they were, our leaders, all beaming smiles and all self-congratulation. I’ll just remind you of part of what I said;

Be assured: the crisis is over. The smug smiles said it all, as the European leaders emerged from the end of last week’s summit on the euro debt disaster. They emerged bearing gifts to the Greeks, a second bail-out of the profligate nation worth over $130billion. The details are all a bit vague, though; who, exactly, is going to pay what? Never mind that. Rejoice; the crisis is over; the euro lives; the European ideal lives. The crisis is over…until the next time.

My goodness, not even I, as prescient as I am, foresaw that the ‘next time’ would be a fortnight later! The rolling show rolls. A little like the Black Death of the fourteenth century, the contagion has now entered Italy and Spain.

There is a crisis here alright, a crisis not of economics but of politics; of stupidity, mismanagement and hubris. It’s crisis that’s besetting much of the Western world; it’s besetting America, which has for the first time in its history lost its impeccable credit rating. Sometimes I feel as if I’m standing on the sidelines looking at some impossible drama; stop, look, learn, I want to shout but nobody is listening; it’s all pictures in a dream.

I’m dipping in to The Federalist Papers at the present, those brilliant political musings by a brilliant generation, people rich in an understanding of law, politics, philosophy and history, all helping to shape their vision for the constitutional future of the infant United States. Having escaped one perceived tyranny they were anxious to avoid another; of the majority, of unrestricted executive power, of irresponsible government. Checks and balances were built into the system, intending that no one element should dominate at the cost of the other, at the cost of the nation itself.

Now America is drowning in debt, a figure so large that it’s beyond the comprehension of most people. In ordinary terms, or understandable figures, it now stands at $40,000 for every man, woman and child in the land, and climbing by the second. It could not come at the worst time in the nation’s history, a time when Presidential authority is at the lowest point ever. I once wrote that one would have to go all the way back to James Buchanan to find a President less equal to the task than Barack Obama. I now think that there may be some virtue to Buchanan.

In Federalist Number Ten James Madison wrote that “Democracies have ever been spectacles of turbulence and contention; they have been found incompatible with personal security or the rights of property; and have in general been as short in their lives as they have been violent in their deaths.”

But America has ignored Madison’s warning; America advanced towards a form of pork barrel democracy which has all but destroyed the securities built into the system by the Founders. Executive power, from Lincoln, to Wilson, to Roosevelt and beyond has increased beyond all measure, as has fiscal irresponsibility, the attack on property, the misuse of taxation, the appalling dependence of a great part of the population on government, something that would have horrified Madison and Jefferson.

It isn’t just the Democrats who are at fault here. The costs incurred by George W Bush’s ‘war on terror’, out of all proportion to the results, should have raised the alarm, should have led to an awareness that there was a serious need for fiscal retrenchment, But no, Obama built debt upon debt in attempting to turn the country into a European-style social democracy. It was as if the executive was gripped by a kind of madness.

Now it’s over. The state has bloated to the point where it represents a serious danger to the future well-being of the American economy and polity. The best comment I’ve seen on this dreadful situation was that of Janet Daley writing yesterday in the Sunday Telegraph. Contrary to what the Obama Democrats were claiming, the recent face-off with Congress did not show that the nation’s politics were ‘dysfunctional’; it showed, rather, that they were functioning precisely as the Founding Fathers intended, that the legislature was acting as a check on the executive;

The Tea Party faction within the Republican Party was demanding that, before any further steps were taken, there must be a debate about where all this was going. They had seen the future towards which they were being pushed, and it didn’t work. They were convinced that the entitlement culture and benefits programme which the Democrats were determined to preserve and extend with taxes could only lead to the diminution of that robust economic freedom that had created the American historical miracle.

It’s a kind of sport to scoff at the Tea party, the grass roots and populist movement, by the shallow East Coast literati, the chattering classes whose minds are filled with the nonsense purveyed by the likes of New York Times. But from my point of view, that of an outsider, though one who happens to love America and all that it has given the world, the Tea Party is far truer to the original spirit of the Founding Fathers and that original principle of liberty upon which the nation was built.

As Daly quite rightly says, the hardest obstacle to overcome will be the idea that anyone who challenges the prevailing consensus of the past 50 years is irrational and irresponsible. “That is being said about the Tea Partiers. In fact what is irresponsible is the assumption that we can go on as we are.”

By coincidence, besides the Federalist Papers, I’ve been reading Michael Newton’s The Path to Tyranny: A History of Free Society’s descent into Tyranny, which finishes with a chapter on the United States, written well before the present crisis. He concludes as follows;

The United States is repeating the mistakes of the past: redistributing wealth through a progressive tax system, expanding the size of government, creating fictional wars were none exist, enriching the political class, establishing an army of unelected bureaucrats to control the lives of the people, and promoting democracy at the expense of the republic. The United States government is approaching bankruptcy and there are two likely outcomes if the current direction is maintained.

The first outcome, he continues, is that wealth will simply be exported to places with less burdensome tax regimes. The second is even more alarming. As people become aware that the current political system cannot fix the problem the call will go up for a single individual or group to restructure the government and country. My guess is that he result will not be Solon, the Greek law giver, or Cincinnatus, the noblest Roman of them all, but something along the lines of Berzelius "Buzz" Windrip. Yes, It Can Happen Here, it could happen here. The Constitution has been no guarantee against massive irresponsibility and the unscrupulous use of power. It is no longer a guarantee against tyranny.

In our Governments, the real power lies in the majority of the Community, and the invasion of private rights is chiefly to be apprehended, not from the acts of Government contrary to the sense of its constituents, but from acts in which the Government is the mere instrument of the major number of the constituents.