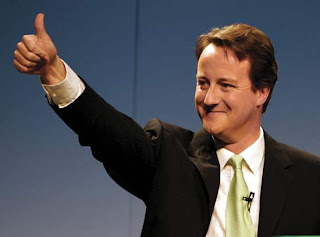 It’s not often I agree with the Bagehot column in the Economist but today I do, and for good reasons. The recent riots in London were a bit of a jolt, but something positive is emerging in the aftermath of anarchy: there has been a general shift in the popular mood towards the conservative right.

We had thirteen years of New Labour rule in this country, thirteen years of liberalism, political correctness and multi-culturalism. The end result has been not freedom but licence, not harmony but fragmentation. As Bagehot says, in the debate between freedom and order the latter is winning out on several fronts.

Our police force has been badly mismanaged, as I said in my previous article, with repeated waves of liberalisation reducing its effectiveness as an agent of order. There is nothing more dangerous to peace than a police service that is perceived to be weak; ordinary people loose faith and criminals become bolder. Civil liberty is all very well but not when it is accompanied by laxity and lawlessness.

If you think acts of disorder reflect badly on the ruling government I would urge you to consider a retake. Disorder in itself is not the issue; it’s the way in which the politicians act that’s important, the way in which they respond to the public mood. There is one paragraph where Bagehot really hits home;

…the backlash could extend beyond crime to include welfare and other social issues. The left is imploring the public to consider the underlying causes of the riots. They should be careful what they wish for. Voters might conclude that the deep-seated causes are not poverty, discrimination and austerity – the riots took place in a country whose government currently spends half of its national income – but welfare dependency, broken homes and moral nihilism.

We’ve been here before, of course, we’ve seen moral nihilism at its worst. One need not go as far back as the Gordon Riots of 1780, an episode I mentioned in The Shaming of England; there are the riots of 1981 in the same urban ghettos. Then the political mood of the country shifted decisively to the right, with Margaret Thatcher hugely increasing her Parliamentary majority in the subsequent general election. Consider also the urban and campus riots which blighted America in the late 1960s, which served as an overture for the age of Nixon.

David Cameron, the Prime Minister, has emerged from the burning a little like a phoenix, shining with a new lustre. His green and salad days are gone. At the height of the disorder he described parts of Britain as “not just broken but frankly sick”, going on to call for a “clearer code of values and standards that we expect people to live by”. Yes, indeed, values and standards that were lost in thirteen years of political drift at home, aggressive warfare abroad, all accompanied by the most abject forms of moral decay.