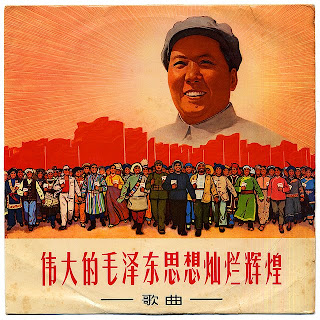 The more things change in China the more they stay the same. In social and economic terms no greater contrast could be imagined between the country at the time of the death of Mao in 1976 and the high-tech nation of today. But the political technique, the technique of oppression, the techniques favoured by Mao Zedong both before and after the creation of the People’s Republic in 1949, are still very much in place.

There always have to be enemies, always outsiders, counter-revolutionaries then, disruptive elements now. China, in a sense, is in a state of permanent revolution. The enemies may have changed, the definition of what constitutes an enemy certainly has, but the fallback position remains the same – they have to be eliminated in one manner or another. It’s the technique inherited from Mao, the default position as Jonathan Minsky argued recently in an article in the political journal Standpoint.

Here it’s as well to remember that that it was Deng Xiaoping, the man normally associated in the West with modernisation and reform, who oversaw the so-called ‘anti-Rightist’ campaign of 1957, which saw the purge of thousands, and who also presided over the Tiananmen Square massacre in 1989 as well as the ensuing reign of terror.

Now, in the midst of prosperity, when even the word ‘jasmine’ is banned, as if it carried a kind of plague bacillus, it has been estimated that the number of extra-judicial executions range between 5000 and 10000 per annum, more than the rest of the world combined.

Thousands of people, often the poorest and least powerful, are being held in secret ‘black jails’, free enterprise institutions run by thugs to contain ‘troublemakers’, often no more than petitioners anxious to redress some abuse – a right granted to them by precedent and by law -, people who are an embarrassment to the authorities. There they can be held indefinitely without charge, beaten, starved and abused, out of official sight and out of official mind.

Corruption, mismanagement, official neglect and sheer incompetence get worst by the day. Officially the casualty toll from the recent high-speed rail crash near the city of Wenzhou stands at 40 dead and 191 injured, though according to the buzz among the country’s micro-bloggers the true figures are much higher. What is certain is that the government cleaned up the site with indecent haste, burying one of the carriages and restoring rail services even before rescue operations had been completed.

True or not, the rumours are based on past perceptions, on other scandals that have created a mood of widespread cynicism and scorn, a reluctance to believe anything the authorities say. Here the case of the 2008 Sichuan earthquake, when so many children died as a result of shoddy school construction, comes to mind. It was the determination to establish the true facts over this scandal that lead to the first serious clash between the complacent and negligent authorities and Ai Weiwei, the brilliantly unconventional artist, recently convicted on a charge of ‘tax evasion.’

In Mao’s Invisible Hand, a collection of papers edited by Sebastian Hellman and Elizabeth J. Perry, published earlier this year by Harvard University Press, the point is made that the policy style that emerged from Maoism was “fundamentally dictatorial, opportunistic and merciless. Unchecked by institutions of accountability, guerrilla leaders pursue their objectives with little concern for the interests of those who stand in their way.” Rightist opportunists, class enemies, counter-revolutionaries, seditionists, disruptive people, inharmonious elements - the terminology may change, the tyranny remains the same.