A Lonely Impulse of Delight 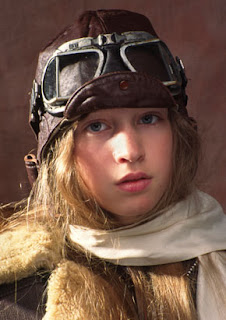 My obsession with aviation continues, particularly with the pioneering days of flight. To add to Amelia Earhart I now have other aviatrix heroines, people like Amy Johnson, Jean Batten and Beryl Markham. I have the latter’s West with the Night, a memoir of life and flying and adventure in Africa at a time when life was raw and dangerous and beautiful. Her skill as a writer even managed to incur the admiration and the jealous ire of Ernest Hemingway;

Did you read Beryl Markham's book, West With The Night? ...She has written so well, and marvellously well, that I was completely ashamed of myself as a writer. I felt that I was simply a carpenter with words, picking up whatever was furnished on the job and nailing them together and sometimes making an okay pig pen. But this girl, who is to my knowledge very unpleasant and we might even say a high-grade bitch, can write rings around all of us who consider ourselves as writers ... it really is a bloody wonderful book.

These stories of flyers and the impact they made on the imagination just move me so much; the myth of the aviator moves me so much. Some of the associations, though, are more than a little dubious. In 1935 Guido Mattoli published Mussolini Aviator, and his Work for Aviation in which he makes the following observation;

No machine requires so much human concentration of soul and will power as a flying machine to make it work properly. The pilot understands the fullest meaning of the word control. Thus it seems that there is an intimate spiritual link between Fascism and Flying. Every airman is a born Fascist.

Every aviatrix is not! Still, I do understand some of the sentiments here, those about power and control, though flying light aircraft now is clearly a lot less challenging than it was then.

Yes, I suppose there is an element of mythology and myth-making, about forms of self-empowerment and freedom that have motivated people almost since the beginning of time. It’s the dream of Daedalus, if I can put it in such impractically romantic terms. Nietzsche understood. In a passage reflecting on physical constraints of bird flight he writes;

But who could venture to infer from that, that there was not an immense open space before them, that they had flown as far as one could fly!...other birds will fly further!

Other birds have flown further!

I saw this old war movie on TV one Saturday afternoon ages ago. It’s called The Blue Max, if I remember correctly, about German airmen during the First World War. It opens with a remarkable scene with a soldier looking up from the mud of the trenches to see an air battle; to see amongst mechanised death that there is still something left of combat of ages past, where individual is pitted against individual, like knights in the sky. This brings to mind a poem, one by Yeats, about flying, war and personal destiny, the marvellous, marvellous words of “An Irish Airman Foresees his Death”;

I know that I shall meet my fate
Somewhere among the clouds above:
Those that I fight I do not hate,
Those that I guard I do not love:
My country is Kiltartan Cross,
My countrymen Kiltartan's poor,
No likely end could bring them loss
Or leave them happier than before.
Nor law, nor duty bade me fight,
Nor public men, nor cheering crowds,
A lonely impulse of delight
Drove to this tumult in the clouds;
I balanced all, brought all to mind,
The years to come seemed waste of breath,
A waste of breath the years behind
In balance with this life, this death. 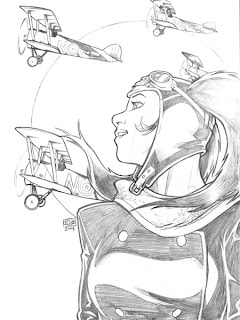 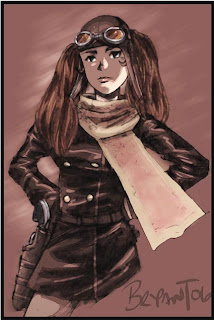 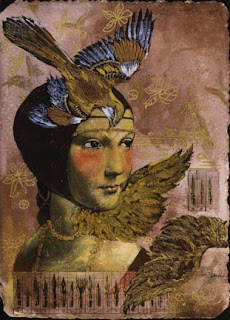