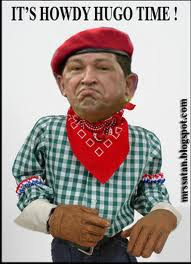 Just imagine yourself as the president of a country, a populist steadily becoming less popular as the economy crumbles away under your hopeless mismanagement. It’s your own fault, really, your own fault for embracing Marxist socialism, the one certain route into a political graveyard. But you can’t give it up; your conversion to this wretched ideology is too recent and you have too much prestige invested in platitudes and nostrums.

So what do you do, what way is there of taking the collective mind off present problems and failures? I’ve got it: why not dig up the body of a presidential predecessor, a distant predecessor, to see if he was murdered? Too fanciful, do you think; what value is there in that kind of grotesque gesture? If you want an answer to that question you will really have to ask Hugo Chavez, Venezuela’s Twittering president, who had Simon Bolivar, the great hero of the Latin American independence movement, disinterred this summer; yes, he did.

This is the sort of thing that goes on in the “Bolivarian Republic of Venezuela”, where the president, Marxist in one part of his muddled mind, Catholic in the other, is recreating his personal hero as a kind of secular saint. Saint Simon’s ‘resurrection’ was seemingly to determine if he died of tuberculosis, as historians maintain on good evidence, or if he was poisoned by his political rivals, “crucified like Christ”, as Saint Hugo insists. Crucified by poison, yes, indeed, that does make quite a lot of sense.

With important legislative elections scheduled for September, what better way of taking the nation’s eyes of its troubles than a kind of historical soap opera? Chavez announced his revisionist thesis some three years ago and has become more obsessive ever since.

The whole spectacle is just too, too funny. He has told the world through his Twitter page that any doubts he had on the ‘crucifixion’ were assuaged by Bolivar in person. Yes, you read that correctly. Seemingly his bones called out as they emerged from the grave “Yes, it’s me.” Nobody of course heard this apart from Chavez himself, presumably on the principle that saint shall speak unto saint. “I confess we wept”, he later wrote on his Twitter page, “That glorious skeleton must be Bolivar, for we could feel his spark.” Yes, I’m sure ‘we’ could. Still I suppose it makes a welcome change from his Tweets about his bouts of diarrhoea, the real kind, not the verbal stuff. I can assure you, I’m not joking.

In a way it’s a great pity that this egotistical and self-pitying clot has selected Bolivar as a personal avatar. The real Bolivar, not the man of Chavez’ mad imagination, was a social conservative, not a socialist, as he is being recast in the “Bolivarian Republic of Hugo”. But the exhumation serves another purpose. The remains are set to be reburied away from the conservative company they now keep. And in Chavez' paranoid mind the exercise is intended to remind people that they very same “imperialists” and “oligarchs” who allegedly assassinated his hero are plotting the same fate for his ideological heir. Those the gods wish to destroy…I think you probably know the rest. 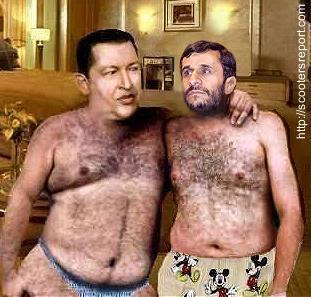 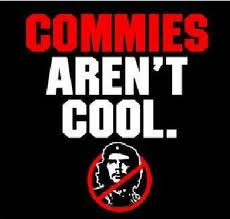 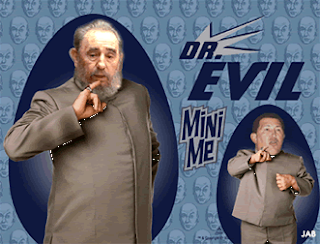