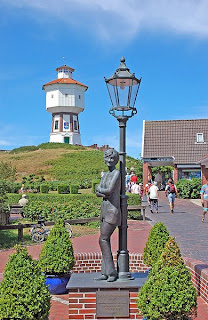 It’s December 1862, the last day of the year. The American Civil War has been underway for more than a year and a half with no decisive breakthrough. In Tennessee, in the western theatre, the Union and Confederate armies gather late in the evening, ready to do battle the following day in the Stones River Valley around the small town of Murfreesboro.

Camped only a few hundred yards apart, the soldiers shout defiance at each other, urged on by their bands, the Northerners playing such songs as Yankee Doodle and Hail, Columbia, the Southerners responding with a barrage of Dixie and The Bonnie Blue Flag. But then one of the bands strikes up Home, Sweet Home, a popular and melancholic tune of the day. At once both sides, North and South, start to sing, overwhelmed by the occasion, all enmity set aside in mutual longing.

There are universal sentiments, longings for home, and peace and love that can unite enemies, even, with the example I have in mind, across a language barrier, even across national boundaries. In 1939 a German singer by the name of Lale Anderson recorded one such song, a tune based on a poem called Das Lied eines jungen Soldaten auf der Wacht (The Song of a Young Soldier on Watch), written during the First World War This song is better known to the world as Lili Marleen.

Initially it enjoyed only limited success, I suppose because the time was not yet right for its sweet and gentle melancholy, the thoughts of a soldier recalling his love back home. But in 1941 the German radio station in Belgrade started to play it regularly, broadcast across the whole of the Western Desert, where the Africa Korps was locked in duel with the British Eighth Army. The lovely opening words had an immediate impact on the German soldiers;

Even Hitler, not noted for his taste in popular music, was said to be impressed, saying that “this song will not only inspire German soldiers, it might even outlast us all.” The even greater surprise is that the tune quickly became just as popular on the Allied side as the Axis, a universal anthem of love and homesickness. Although the British authorities, alarmed by its reception, fearful that it would undermine morale, initially tried to dismiss it as a song about a prostitute it’s lasting popularity resulted in an English version, which opens with the same sentiments as the German;

Underneath the lantern by the barrack gate,
Darling I remember the way you used to wait;
'Twas there that you whispered tenderly,
That you lov'd me, you'd always be,
My Lilli of the lamplight,
My own Lilli Marlene.

The one person that it did not impress was Doctor Goebbels, head of German propaganda, who found it ‘morbid’ and ‘unheroic’. Radio Belgrade was ordered to stop playing it, the original master was destroyed and Andersen arrested. But then came the letters to the radio station, not just from Africa but across the whole of occupied Europe, from German soldiers, unaware that it had been banned, requesting that Lili Marleen be played again. Such was the demand that the Propaganda Minister’s interdict had to be overturned.

It continues to stand as the song of the universal soldier, a lasting tribute to simple human values. For once Hitler was right.