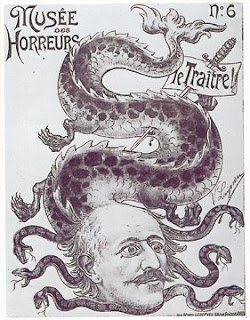 I read a review of Ruth Harris’ The Man on Devil’s Island: Alfred Dreyfus and the Affair that Divided France, published earlier this year, in which the author said that the affaire Dreyfus tore apart French political and social life for more than a decade. Actually it tore it a part for several decades, introducing arguably the greatest fault line into modern French political life, the cause of several earthquakes, ending in the transient ‘victory’ of the anti-Dreyfus forces in the Vichy state of Marshal Petain.

The whole business arising from the conviction of Alfred Dreyfus, a captain in the French army, on a blatantly false charge of treason, was only superficially about ‘justice’. The struggles that took shape around the head of this man, incarcerated on Devil’s Island in a way that made the Man in the Iron Mask look almost fortunate, saw France divide into two great political camps: the traditionalists, the church, the conservatives and the anti-Semites on one side, the liberals, the secularists, the republicans and the modernisers on the other.

The key, if there is a key to the whole business, lies in differing perceptions of the Jews as a race and Catholicism as a religion. People are often quick to remember some of the hysterical polemics of the more obscurantist among the anti-Dreyfusards, not stopping short of the blood liable, the accusation of medieval origin that the Jews collected Christian blood to make matzos. But the Dreyfusards did not baulk from hitting back with their own nonsense, spreading the stories of bestiality among Catholic priests, of clerics who supposedly had sex with chickens and goats.

In the end the victory of the Dreyfusards came not just with the release and rehabilitation of a man who had in some ways become almost irrelevant as a man but with the formal separation of church and state; with the formal creation, in other words, in a fully secular republic, embodied in the statute of 1905.

It was this republic that the right grew to hate, expressing its mood through new politically militant organisations like Charles Maurass’ Action Française. This hatred of the secular, liberal and - as the right saw it - Jewish state came to a head in the February riots of 1934, arising from a scandal caused by the revelations about the affairs of the embezzler Alexandre Stavisky, like Dreyfus also a Jew.

France’s political civil war really only came to an end, paradoxically, with the initial success followed by the ultimate failure of the Vichy counter-revolution, a reaction against all aspects of French republican history from 1789 onwards. France of the reactionary right took shape in its hostility to one man and all he represented for them. Its death perhaps began with the sacrifice of one woman, a French citizen and a Jew. Her name was Madeleine Levy, arrested by the Gestapo in November 1943 and sent to Auschwitz, where she died. She was Alfred Dreyfus’ granddaughter.
Posted by Anastasia F-B at 16:10