Europe of the Cuckoo Clock 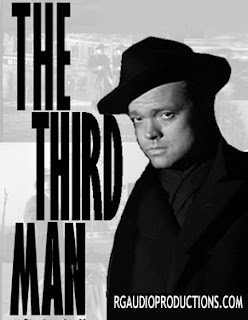 In The New Republic, a blog I wrote elsewhere on the European Union, I alluded to the fact that we are all ruled by the Commission in Brussels as if we were unruly children, ruled on the nanny knows best principle.

Relating to this I read Edward Heath, Philip Ziegler’s recently published biography of the former prime minister, the one who took Britain into Europe knowing full well what the future implications for national sovereignty would be. There are all sorts of reasons why Heath wanted us to join, not least the view he took that the nation state was dead, though that was something he kept largely to himself at the time.

For Heath, for the Commission and for all those who think like them there is one simple truth: Europe needs to be saved from itself, to be saved from its past. Our diverse history, you see, is a ‘bad thing’, whereas a united Europe is a ‘good thing.’ I’m minded here of Sellar and Yeatman’s classic parody 1066 and All That, minded of the conclusion, which I propose to adapt ever so slightly – “Europe was thus clearly top nation, and History came to a .”

Last year I saw a sixtieth anniversary screening of The Third Man, a wonderful movie, possibly the best example of British film noir ever made. I imagine most of the people who read this have also seen it; it’s been on terrestrial television often enough. My favourite quote from that movie also touches on history, on the past as drama and greatness contrasted with the past as tedium and mediocrity. Cue Harry Lime;

I want no part of the new Europe with its Beethoven anthems, its glamour and easy charm. I want the old Europe of the nation state, the Europe of risk and the Europe of adventure. If it comes to a choice between Manuel Barroso and Cesare Borgia I have not the least doubt which I would go for.

For believe me: the secret for harvesting from existence the greatest fruitfulness and greatest enjoyment is - to live dangerously.
Posted by Anastasia F-B at 15:43