Tales from the Kabul Café 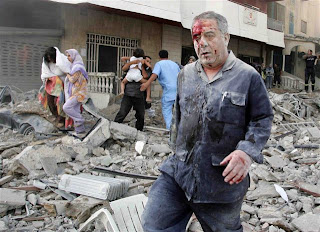 There they all were, the not so great and the far from good of the international community, sitting in the Kabul Café discussing the future of Afghan ‘democracy.’ It’s a month now since the gathering, an achievement in itself, I suppose, that the diplomats and the politicians were able to come to this place at all, a sign of just how much ‘progress’ has been made in the struggle against the Taliban.

But what were they there for; what did they want? More to the point, what exactly has been achieved in nine years? Little is the simple answer, little that is not immediately undone. Let me be brutally frank: I simply do not care about ‘progress’ and ‘human rights’ in Afghanistan, terms that are absurdly out of place in a country like this, a tribal society like this. It’s almost as if we had packed our soldiers into a time machine and sent them back to the Bronze Age, there to implement democracy and guarantee human rights. Meanwhile the Iceni and the Brigantes continue to watch from the forest.

There seems to have been a sense of complete unreality in the Kabul Café in those July days. Hamid Karzai apparently gave an upbeat speech, making reference to the country’s mineral wealth (what mineral wealth?), hoping that it would become the “Asian Roundabout”, an important stopping point on the “new Silk Road.” All I can say that he is more than usually self-deluded. It was a speech, as one former diplomat put it, “written for a country without a war.”

Never mind; it will all be better by 2014. Our soldiers will be home and there will be no more war. Afghanistan will be back on the Silk Road. No it won’t; it will be back on the Poppy Trail; it’s never really left the Poppy Trail. “I can’t think of a single reason to die for Afghanistan”, one diplomat in the Café rather indiscreetly remarked. No matter; I absolutely agree. Time to start up the Tardis.
Posted by Anastasia F-B at 15:20