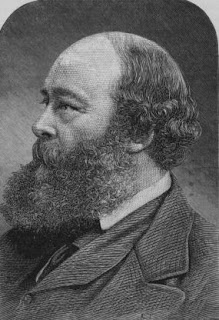 Salvador Dali had a wonderfully subversive sense of humour. It found outlet sometimes in the most unlikely things. Take political banners, those displaying the Big Brother, larger than life phizog of some hero or other. It was once the fashion in communist parades, or in student demonstrations, for participants to carry these things, often showing their secular saints in profile in a kind of apostolic succession.

I’m sure you can picture the sort of thing I mean. It begins with a heavily-bearded Karl Marx, then and even hairier Friedrich Engels, then Lenin with his moustache and goatee, followed by Stalin with just the moustache, ending with a bare-faced Mao Zedong. It was one of these ghastly things that Dali took, adding the title underneath The Rise of Marxism Corresponding to the Decline in Facial Hair.

I wrote some reflections on this myself a couple of years ago. Now I’ve been inspired to return to the politics of hair by a recent article in The Economist (Taking it on the chin). One would have had to been away for decades in space not to know that hair has acquired a political and cultural symbolism, meaning different things to different people. And it’s not just the facial fuzz, the kind of thing that so excites fundamentalist mullahs.

In North Korea, Kim Jong-Il, himself sporting a fairly outrageous barnet, was so concerned by male hairdos that a television campaign was launched called “Let’s trim our hair in accordance with our socialist lifestyle.” Hmm, yes; knowing what I do about the ‘socialist lifestyle’ in North Korea I would have thought everyone, women as well as men, would immediately have gone for total baldness, the slaphead look.

It’s outrageously funny, yes, but there are some places where the politics of hair can be lethal. After the Iraqi invasion of Kuwait, men sporting beards were in danger of having them ripped out by the roots, because this was taken as a sign of opposition to the new overlords, who never went beyond the Ba’athist moustache al la Saddam. Following the Coalition’s invasion of Iraq in 2003, when hair became Shiite, many barbers were murdered, accused of giving haircuts that were “too Western” or “too un-Islamic.”

There are places in the world where men are actually ordered to grow beards as a sign of Islamic piety, Afghanistan under the Taliban being the most obvious example. Even so, as I understand it, there is no firm rule here, practice varying from place to place across the Islamic world. In Iran, interestingly enough, while the ayatollahs get upset about hairdos that are too ‘Western’ (men are even taken from the streets to appear before religious courts), they are surprisingly liberal when it comes to face nests.

Actually, on the latter point, I suspect that there are good genetic and historical reasons for this. Iran was invaded by the Mongols in the Middle Ages, and a large part of the population is of Mongolian descent. The problem is people of this particular racial stock tend to be a bit challenged when it comes to face follicles. Just compare the fulsome efforts of Ayatollah Khameni, Iran’s present Supreme Beard (no descendent of the Great Khan, he), with the pathetic attempt of former president Rafsanjani!

The one sure thing is that the more popular beards become in Islamic societies and communities the less popular they are in places fearful of growing Islamic influence. Just imagine the reaction if someone like, say, Abraham Lincoln stood for office today, even with his relatively modest growth. And when it comes to our own Lord Salisbury, then just forget it! But this is not just Western or Christian beard-a-phobia. Hindu India does not like it much either. Recently a Christian college’s ban on Muslim beards was upheld by a Hindu judge, not normally sympathetic to Christian causes, with the remark “We do not want Talibans here.” Well, quite.

Before I conclude you might want to know how I feel about beards personally. Let me say, on a frivolous note, I was kissed by a bearded apparition at a student party a couple of years ago, taken by surprise when I was just a tincy-winsy tipsy. I honestly can’t begin to describe the sensation, other than to say it felt as if a mop had been thrust into my face or as if I was being embraced by Cousin Itt. Never again! 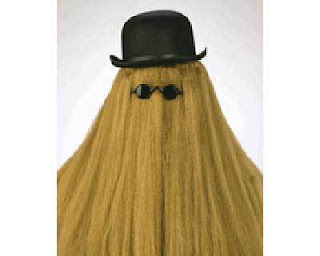