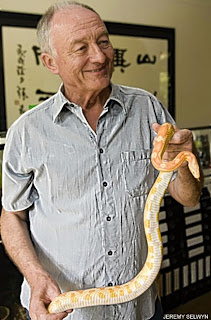 The one figure I admire above all others in the Conservative Party is Boris Johnson, the present Mayor of London. He is a clever, affable and self-assured chap. Beneath an occasionally bumbling exterior there is a shrewd mind at work. In contrast to Prime Minister David Cameron and Chancellor George Osborne, he is comfortable with who he is and where he has come from, carrying none of their exaggerated fears of appearing to be upper class ‘toffs.’ Boris is a toff and people love him just the same, or perhaps even more for his honesty! He is, as Nick Cohen wrote in an article last year, the Bertie Wooster of English political life.

This year he faces a fresh mayoral contest with Labour’s Ken Livingstone, the former incumbent defeated by Boris in the election of 2008. If Boris is Bertie, Livingston with his heavy eyelids and generally shifty appearance calls to mind another literary figure altogether – the Indian python Kaa as depicted in the 1967 Disney movie version of The Jungle Book. Last year he published his autobiography, You Can’t Say That. To this I respond I Won't Read That, but according to Cohen, whose judgement I trust, it’s verbose, self-pitying and petty, very much as I see Kaa Livingstone.

Livingstone is a perfect example of the idiocy of the left or the socialism of fools. This has seen supposedly ‘progressive’ elements carry out incredible ideological contortions to ally themselves with some of the most reactionary forces on earth. Yusaf al-Qaradi, spiritual guide for the Muslim Brotherhood, is a man, Kaa hisses, who is attempting to “reconcile Islam with democracy and human rights, in particular women’s rights.” As Cohen pointed out in the political journal Standpoint, he conveniently forgets to mention Qaradawi’s fatwas in favour of the genital mutilation of girls, wife beating, and the murder of gays, Jews and apostates.

Livingstone’s position here is even more hypocritical and disingenuous, for he also overlooks Qaradawis’s links with Jamaat-e-Islami, the far-right Islamist party, whose leaders stand accused of aiding and abetting the Pakistani army’s massacre of civilians during the Bangladeshi war of independence.

So this Kaa, the face of the London left, a face that looks with favour on the most obscurantist forms of fundamentalist opinion. I just hope, like Mowgli, the city evades his slimy grasp in the coming election. Better off with Bertie by far. 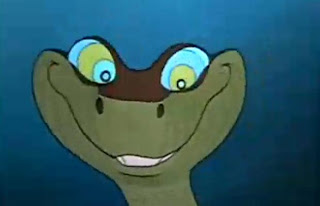