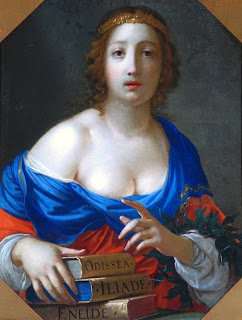 I originally only planned to publish my recent article on the decline of American power contrasted with the rise of China’s (How Are the Mighty Fallen, 30 January) on BrooWaha. I published it here because the editorial process there was log jammed for several days. Now it has appeared there it elicited an interesting response from a fellow contributor, one who lives in India. I think my own detailed reply, slightly modified, deserves to stand here on its own.

Greatness and power have nothing at all to do with freedom and human rights. The Roman state survived for centuries as a slave power and rapacious conqueror. China has never enjoyed a full democratic existence in the sense that you and I would understand the concept. Even before the Communist takeover it was ruled, when it was ruled at all, by dictators, warlords and freebooters of one kind or another in the period after the revolution of 1911, which overthrew the last imperial dynasty.

I’m sorry, I complete disagree with you; the present government of China shows little in the way of communist orthodoxy; it shows not the least interest in exporting its brand of high holiday politics, unlike its economic imperialism. Mao would simply not recognise the China that has emerged after his death. The Chinese government is simply an oligarchy, interested in the perpetuation of its power, a power over which Marxism is draped like a fig leaf. Their brand of realpolitik owes far more to Machiavelli than Marx, more to The Prince than to The Communist Manifesto.

A nation survives by conserving its power, not wasting it. Yes, governments have a responsibility to ensure the security of the land. But America under George W Bush did not contain a threat; it simply made it worse. Where was the logic in invading Iraq, a country with a secular government, a country with no connection to terrorism, a country actively opposed to Al-Qaeda? Where was the logic in invading a country that had effectively been neutralised after the First Gulf War, and neutralised to the advantage of the West?

There are so many things I could say about this disaster, things I have said previously. Not only was the Al-Qaeda genie let out of the bottle, not only was the power of Iran immeasurably increased, but the aftermath of a war, which Bush described as a ‘crusade’, led to the tragic destruction of the age-old Iraqi Christian community, rather ironic in the circumstances. Has the invasion of Afghanistan made America safer? I rather think not. Anyone with even the lightest grasp of history would have kept clear of this ‘graveyard of empires.’

America has spent trillions beyond its means; America is now in hock to China, a further proof of my argument that one power has waned while the other has waxed. If the country has, as you put it, protected its interests, its gone about it in a wholly cack-handed fashion. Would you, as an Indian, someone surely with a better understanding of regional politics and history, ever have envisaged your country invading a hopeless place like Afghanistan, even with the co-operation of Pakistan? Was the British example not enough; was the Russian example not enough? The invasion of Afghanistan did not destroy the Taliban, merely submerged it for a time. The invasion of Afghanistan did not destroy Al-Qaeda, merely allowed it to relocate in the tribal highlands of Pakistan. Muscles were not flexed; muscles were lost.

I am no wiser or prescient in these matters than any other. I cannot see into the future, only project on the basis of present trends. These trends allow me to predict that this will be the Chinese century, but on this question only time and history will sit as the final arbiters.
Posted by Anastasia F-B at 15:34