Give Patagonia to the Indians! 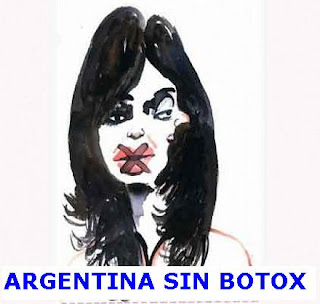 This year marks the thirtieth anniversary of Argentina’s illegal invasion of the Falkland Islands, a fiasco which turned out to be a political gift by a gang of fascist thugs to Margaret Thatcher, the British Prime Minister at the time. Argentina has never lost it’s hankering after a group of islands it calls Las Malvinas, though its connection is tenuous at best and the local people, all English speaking, want to preserve their link with Britain.

Now, in this anniversary year, the Argentinean government has upped the ante by lodging a protest in the United Nations over Britain’s ‘militarisation’ of the Falklands. Apparently the military bases on the islands have been modernised to such an extent that they could be used to attack the whole of South America, including Brazil and Chile, notwithstanding the fact that the latter was a valuable ally of Britain during the conflict!

It’s a fantasy, of course, dismissed as ‘complete rubbish’ by Mark Grant, Britain’s ambassador to the UN. But fantasy plays a big part in the politics of Buenos Aries. Fantasy allowed the government to describe Prince William, who is in the Falkland’s at the present as part of a Royal Air Force search and rescue team, as a ‘conquistador.’

Cristina Kirchner, Argentina’s president, Madame Botox herself, has said that the presence of British warships in the islands “poses a grave danger to international security.” Hector Timerman, the country’s foreign minister, not to be outdone by the president, says that the population of the islands is not indigenous.

Yes, an interesting point of view, given that many of the inhabitants have roots in the islands going back well over a hundred years, given that there is no native indigenous Argentinean population. Perhaps we should extend the principle to Argentina itself, perhaps that country should restore the territory to the south of Buenos Aeries it so rapaciously seized from the indigenous inhabitants in the nineteenth century during the so-called Conquest of the Desert which wasn’t a desert at all. Yes, that’s right. Patagonia belongs to the Indians!

Britain has a duty to the people of the Falkland Islands, a duty of defence, a duty to secure the islands from the vagaries of Latin American politics and neurotic governments, fascist at one turn, democratic at the next. As long as they wish us to remain we will remain, no mater how much Botox Christina or Fidel Castro, that pathetic old dinosaur, disapproves.
Posted by Anastasia F-B at 15:53