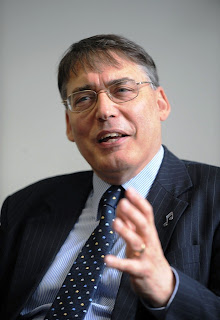 I love legal dramas. Specifically I love the Rumople of the Bailey stories of John Mortimer. I think I must have read them all. I’ve also seen all of the old television adaptations with the actor Leo McKern doing a marvellous job in the part of the heroic fatty, second only to Sir John Falstaff in the annals of English drama!

There is one particular story and episode I have in mind at the moment, namely Rumpole and the Right to Silence. I’ll come on to the reasons for this in a bit, but firstly a word or two on the setting. The action takes place in Gunster, a fictitious university in a fictitious northern English city. The university itself is an awful place, a jumped up polytechnic, a sort of tasty bites outlet, all the more tasty in that sponsorship comes from one Sir Denis Tolson, a super market mogul. The Vice-Chancellor of this academic Tesco is Hayden Charles, full of bright ideas about relevance, another word for pot noodle degrees. His university does not have a library, no, it has a multi-media centre!

So, why this particular slice of Rumpole? It’s because my attention was drawn to an article in the Telegraph by Charles Moore, some candid comments on an interview last week a Parliamentary Select Committee carried out with Professor Les Ebdon, whom the government wishes to appoint to head the Office for Fair Access (OFFA), a body concerned with university admissions.

It’s clear from what he said during the interview that the man is a screaming mediocrity; he is a real-life Hayden Charles! I have a further literary allusion in mind – duck speak from George Orwell’s Nineteen Eighty-Four, a reference to words being trotted out like the quaking of a duck without the interference of any kind of thought process. There was Prof Les trotting out a succession of tiresome clichés. He is “passionate about…social mobility…transform hundreds of thousands of lives…best practice…evidence-based…open and transparent” and on and on and on, quack, quack, quack. He went on to criticise Magdalen College, Oxford for interviewing applicants in their “grand formal settings.”

Moore has his own literary reference, to Thomas Hardy’s novel Jude the Obscure. There Jude, of humble origins, dreams of the dreaming spires of Oxford, called Christminster in the book. For Jude it is a “heavenly Jerusalem”, a place he looks on from afar, climbing a ladder, for “the higher he got, the further he could see.” Prof Les (Professor Dumb Down might be better) will never understand people like Jude, Moore quite rightly says. For, without even thinking about it, he rejects the dream that lies behind the phrase “the higher he got, the further he could see.” The “frightening” quality, as Moore puts it, of a great university is part of its allure. It most certainly is.

For Dumb Down dreaming spires and grand halls is all about - horror of horrors - elitism. He would prefer something much cosier, perhaps the glass and concrete of the University of Gunster, replete with its ‘multi-media centre.’ Moore settles on a few home truths about this silly man;

Thanks to a selection process that is run by bureaucrats who naturally advance their own kind, it was only at a regrettably late stage that anyone began to notice the problem with Professor Ebdon. This man is a trade unionist for the former polytechnics. He chairs their “think tank” (actually a pressure group) called million +, whose chief executive was a would-be Labour candidate at the last election. He writes articles in favour of teaching “Mickey Mouse” subjects at university. He is the epitome, the crème de la condensed milk of the cult of educational mediocrity. He seems perfectly nice, by the way, but to put him in charge of who gets in to some of the greatest universities in the world would be like putting a scoutmaster in charge of recruitment to the Army.

It’s especially ironic at a time when Michael Gove, the Secretary of State for Education, is attempting to make the worst schools raise their standards that the government in which he serves wants to appoint a man who hopes to make the best universities lower theirs.

So far as the Select Committee is concerned Dumb Down spoke himself out of the job. This after he made reference to the “nuclear option” of refusing access agreements to universities if the did not satisfy him. He would also like the “tactical strike option” to sanction particular universities, doubtless Oxford and Cambridge.

Approval was withheld. But as the appointment is in the gift of Vince Cable, the Business Secretary, dumber than most, it may very well go ahead. Cable, of course, is on the Limp Dumb side of our present coalition government. But, in complete exasperation, I have to ask how a government with any Conservative element, a government with a Conservative majority, could ever have considered the wretched Ebdon for such a sensitive post? How could this petty-minded apparatchik ever command any respect? England does not love coalitions, Benjamin Disraeli once said. I certainly don’t. 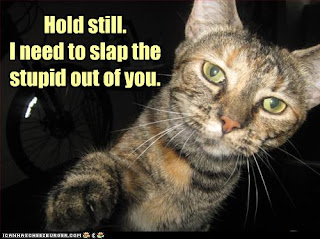