Such Stuff as Dreams are Made On 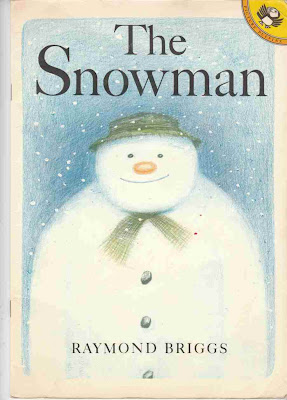 There are stories and experiences from childhood that we all recall with some fondness.  Even if we do not bring them to mind they are in our hearts, a warm glow that never dies.  It is the things we learn and love in innocence that have the greatest resonance.

I was reminded recently of Heidi, a book for children and those who love children by the Swiss author Johanna Spyri.  I was particularly fond of the story of Heidi and her grandfather because I had a very close relationship with my own grandfather, my father’s father, with whom I used to stay when my parents were away on lengthy business trips.  It was my grandfather who introduced me to the Snowman.

I don’t remember when exactly.  I must have been, oh, about four years old.  It was before I went to school anyway.  It was near Christmas, that much I do remember.  The Snowman in question is a story book, pictures without words by Raymond Briggs, another book for children and those who love children.  Like Heidi it tells of a bond, this time between a little boy and the snowman he builds one wintry afternoon in his garden.  By magic it comes to life; by magic the boy and the snowman fly.

It was made into an animated film by Channel 4, one of our terrestrial television companies, with a sublime score by Howard Blake.  When I was growing up it was broadcast every Christmas; perhaps it still is.  With us watching it became an annual event.  The holiday simply would not have been the same without it, as if there was no Christmas tree, no lights and no watch night service in church.

By far the best bit is the flying sequence.  In the animation it is accompanied by Walking in the Air, a song that still makes me teary with nostalgia;

Far across the world
The villages go by like dreams
The rivers and the hills, the forests and the streams 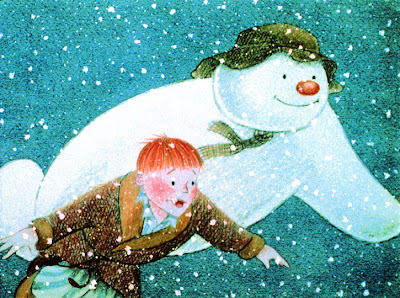 There was one Christmas – I was now about six I think – we spent in our family cottage in the north of , a really remote spot in Easter Ross.  It snowed, heavily.  I built my own snowman in the garden with a little help from father.  It was as big as me, that I remember clearly, with an old hat on his head and a scarf around his neck.

I waited and waited for him to come to life.  I so wanted to fly like the boy, to go to the North Pole and dance with Father Christmas and all of the other snowmen.  I didn’t and I did.  My snowman remained frozen in the garden, mute and unmoved.  But he came alive in my dreams that night.  And – who knows? –maybe dreams are just a gate to another reality, a world where everything is possible and nothing denied.  It was for me.  The Snowman was the gateway. 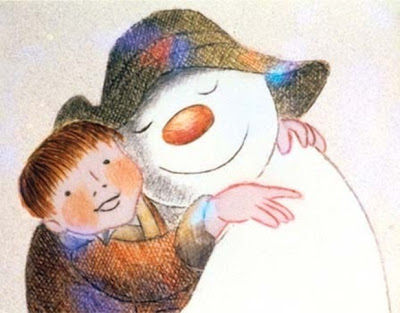