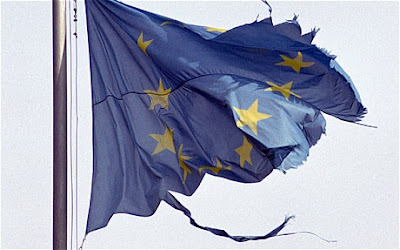 Let me begin with a personal anecdote.  Father has travelled extensively across the world on business, usually flying first class.  On one trip to Hong Kong he saw Leon Brittan, then Deputy European Commissioner, in the departure lounge for the flight back to .

I should add that Brittan, who formerly had served in Margaret Thatcher’s government, is a politician for whom he does not have a great deal of time.  "Never mind", he thought, "he's on his own. I'll ignore him." But no sooner had he boarded the flight than he discovered that he was the only 'independent' in the first class cabin. Every other seat was taken up by Brittan and an entourage from the Commission.  I do not know what the fare is now, but then the first class return flight to cost around £8000, that’s almost $13,000.

I suppose it’s only to be expected that the Deputy Commissioner would travel first class.  It really is stretching things, though, when all the toadies of his court, who did little but drink the free champagne and talk too loud, should also travel at the expense of the benighted European taxpayer.

I dare say things are much worse now.  There is so much about this venal and corrupt organisation that simply never comes to light, so much about the waste of its bloated bureaucracy.  I was interested to note, though not at all surprised, that the EU’s own auditors have refused to sign off on its accounts for the past eighteen years.

For me the EU, aside from the ever present challenge to the integrity and sovereignty of our nation, means one thing – waste.  But it’s not just waste; it’s a total disregard for the interests of the ordinary taxpayers.  It’s almost as if the Eurocrats are an old new aristocracy, full of a sense of entitlement, full of disregard for the serfs who have to pay for this entitlement.  There they are, every one a Marquis St. Evrémonde, sitting in their luxury coaches, tossing the occasional coin to the plebs as they pass by.

I mention all of this as a background to Saint David Cameron’s tilt with the European Dragon, roaring for more in the latest budget talks.  The beast wants approval on a £809million ($1296million) budget, with lots more perks, privileges and first class junkets.  Cameron wants to cut the monster down.  Contrary to expectations, he wasn’t alone here, with delegations from , , and the also pushing for cuts.

Meanwhile a gang of Estonian farmers gathered outside the dragon’s lair, demanding that his horde grow bigger.  Oh, they are not on the perks; they just get subsidies from the so-called Common Agricultural Policy (CAP), which allow a lot of peasants to pursue peasant-like farming that turns the rest of us into, well, peasants.  It seems to be all part of the grand aristocratic plan.

This is only the first round.  The beast is not even wounded.  It will come back, breathing fire.  Estonian farmers and the CAP can go hang.  The truly important thing is the beast’s own well-being.  Pee Wee Herman Van Rompay, who masquerades as the European President, the Great Bureaucrat in person, was unable to identify a single euro of potential cuts on administration, which accounts for 6% of the total budget.  Alas, the beast may eat him alive if he did.

No sooner were the talks over than the leaders slopped off for a spot of luncheon, all washed down with a delightful Chateau Angelus Premier Grand Cru, an unpretentious little claret, a real pinch at £120 a bottle. This is our Brave New Europe that has such worthies in it.

Meanwhile, Tony Blair, shouting from the sidelines, says that leaving Europe would be a ‘disaster for .’  What a perfect reverse barometer Mister Cosmopolitan is, a man who fills me with more contempt than the dragon has gold.  This is a man who, if he had had his way, would have taken into the common currency years ago.  This is a man who clearly knows an awful lot about disaster.  We will be ‘irrelevant’ outside the EU he says.  I just hope we are as irrelevant as and rather than relevant as and .  The Dragon and Blair deserve one another.  Personally I’m waiting for Siegfried to emerge.  David Cameron, contrary to appearances, is no dragon slayer. 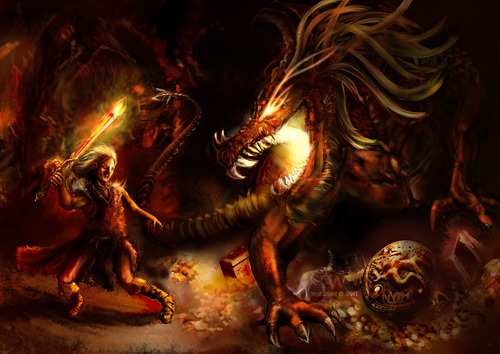