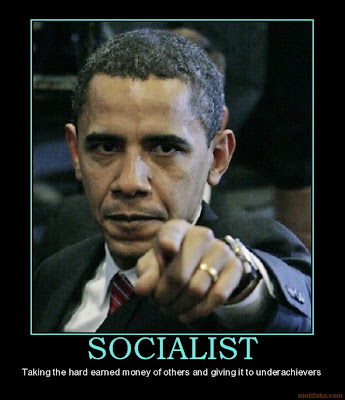 There are two speeches in American political history that I find wholly admirable.  The first is Abraham Lincoln’s Gettysburg Address.  The second is Richard Nixon’s Great Silent Majority oration.

It was the latter I thought of in the wake of Barack Obama’s recent re-election to the White House, specifically the conclusion, where Nixon offered the following observation;

Let us also be united against defeat. Because let us understand: cannot defeat or humiliate the . Only Americans can do that.

That’s it exactly: in voting for Obama Americans have defeated and humiliated themselves.  The country faces four more years of drift, uncertainty and decline.  The business of is business, former President Calvin Coolidge once said.  It isn’t any longer: it’s big government and welfare.  The country is well on its way to becoming just another European social democracy, its standing in the world diminishing by the day.  How are the mighty fallen.

I speak as an outsider, of course, one who has a tremendous respect for the and the leadership it has traditionally offered the free world, a leadership, as Nick Gardiner noted recently in the Telegraph, which depended on a sound economy, limited government, free enterprise and a strong national defence.  I speak as an outsider living in a European present, knowing exactly what that entails, a present that is obviously destined to be ’s future.

Yes, I can understand the uncertainty.  I’m sure a lot of Americans voted for Obama less out of love and admiration than fear of the possible changes that a Republican presidency might bring.  Obama, perhaps, offered hope.  What kind of hope, one has to ask?  His record shows clearly enough that it is the greatest of the many misfortunes that escaped from Pandora’s Box.

What did you get?  Was it a new vibrancy, a new economic energy, a new horizon?  No, it was bailouts that bailed out nothing; it was crippling levels of debt that crippled the economy, which will cripple the economy far into the future.  More taxes, more poverty, are all part of the Obama legacy, the answer to which is the vicious cycle of welfare.

The facts are stunning.  ’s national debt now stands at $16 trillion.  Yes, trillion.  Can you picture even one trillion?  I can’t; it’s too big a figure for my limited imagination.  But in actual figures it’s this: 1, 000, 000, 000, 000, that’s a million million.  One trillion dollars laid end to end would reach from here to the sun. Even like this it seems to defy comprehension.  In more manageable terms the actual American debt per taxpayer amounts to $111,414 and rising.

According to estimates from the International Monetary Fund, America’s total government debt will be $16.8 trillion by the end of the calendar year, compared to $441 billion for Greece…On a per person basis, that means U.S. debt is $53,400 for every man, woman, and child, compared to $39,400 for every man, woman, and child in Greece. The disparity between per capita debt in the and has grown 40 percent (roughly $8,400) since 2011. Now, per person debt is 35 percent higher than that of , and is also higher than per capita debt in , , or (which together with make up the so-called PIGS countries).

With rising debt comes declining economic freedom.  The has now fallen to tenth place in the world rankings, with government spending exceeding one third of total domestic output. In other words, the government now spends more than the entire Gross Domestic Product (GDP) of , and combined.  To this burden has to be added the promised health care reforms, not a dream but a bureaucratic and financial nightmare.

The businessman challenged the lawyer and the lawyer won, that’s the verdict of last Tuesday.  Look for more of the same, look for ‘progressive’ policies that offer no progress, look for increasing forms of paternalism and liberal totalitarianism.  Look, above all, for a nation divided against itself.