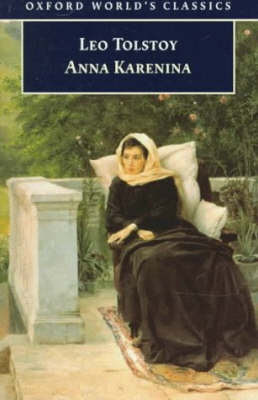 I first read Anna Karenina when I was in my mid-teens.  I remember being deeply moved by the story of Anna and her doomed love but I missed a lot of Tolstoy’s subtlety.  I say this because I have now reread this magnificent book in the light of the recent film adaptation with Keira Knightley in the role of Anna.

In my review of the movie I described the novel as a War and Peace of the emotions.  But it’s actually much more than that.  Though it is more intimate in an emotional sense than War and Peace Tolstoy also manages to capture the sweep and grandeur of a particular period in Russian history.  It’s an effortless shifting of focus really, from interior feelings at one point to exterior settings at another, inside and outside captured with almost perfect comprehension.

The novel opens with arguably one of the most recognised lines in all of world literature;

All happy families resemble one another, each unhappy family is unhappy in its own way.

On my first reading I thought this was a reference to Anna and her own relationships, first with her husband, Alexis Karenin, a man she clearly does not love, a man she never loved, and then with Count Alexis Vronsky, the great passion of her life, a man she loved too much.  But it’s not.  In the immediate sense it’s a reference to the marriage of her philandering brother, Stiva Oblonsky, and Dolly, his much suffering wife.  Beyond that it really touches on a variety of relationships.  It touches, in a deeper sense, on a larger family, that of the Russian aristocracy, on the threshold of a precipitous decline.

The title is deceptive.  Much of the novel does indeed focus on the tragedy of Anna but not in an exclusive sense.  It might just as well have been called Portraits of Marriage; for marriage and relationships is what it’s all about.  Not all unhappy, I should add.  For in counterpoint to the story of Anna, Karenin and Vronsky we have that of Kitty, Dolly’s sister, and Constantine Levin.  This, as it turns out, is the novel’s one happy family, resembling no other.

The idealistic and occasionally tiresome Levin is an obvious self-portrait of Tolstoy himself.  I say tiresome because the author allows him to become a vehicle for his own economic, political and spiritual obsessions, which buzz at points as annoyingly as the bees Levin keeps on his country estate!

For me the fascinating thing about Anna Karenina is just how well it captures a particular social milieu and a particular period in Russian history.  I offer another possible title – Decline and Fall.  There is pathology here, something symptomatic almost.  At one extreme we have the insouciant Oblonsky, thoughtless and shallow, a scion of an ancient family in terminal decline.  At the other we have Levin, a country gentleman who dreams of a communion with the peasantry, while always being apart from the peasantry.  In the middle we have Anna, passionate, transient and destructive, a force of nature.  On the outside we have the peasantry, looking on with incomprehension and bemused contempt.

It’s often said that Anna Karenina is the greatest novel ever written.  Greatness, it seems to me, is such and elusive and uncertain measure.  There are serious flaws in the book which, at least to me, would seem to stop it somewhere short of ‘greatness’, at least understood as perfection.  But there is something greater than greatness; there is brilliance.  Anna Karenina is a brilliant book, one with breathtaking insight, a handling of character and theme that shows one to be in the presence of a true master of the art.

Tolstoy’s understanding of human nature is as broad as it is deep.  Although the novel has a third person grand narrative style, the focus changes with the mood, moving from a God-like perspective to interior consciousness with equal ease.  Even Laska, Levin’s dog, is allowed a perspective at one point in the narrative!  Tolstoy’s descriptive power is as grand as it is in War and Peace, though the richness of his country scenes stands in sharp contrast to the anonymity of his urban settings.

Anna Karenina is a novel of consequences.  In some ways it’s similar in handling to War and Peace, in that the author clearly believes that each individual destiny is shaped by forces that cannot be controlled.  Anna is the novel’s boldest character, one who defies convention, choosing love over propriety.  That is the beginning of her tragedy.

I suppose it is possible to say that Vronsky also places love, the love of another man’s wife, before propriety, but for him the choice does not carry the same burden, a measure of social hypocrisy, perhaps, though the judgements here are our own, not Tolstoy’s.  His task is simply to show the limits of freedom and the penalties of choice.

The penalties for Anna are high.  Unable to divorce, she grows increasingly uncertain of herself, increasingly insecure in her relationship with Vronsky, who can, after all, discard her in a moment and marry another, as his mother clearly wishes.  Anna’s passionate nature turns in on itself, driven to destruction by recrimination, doubt and paranoia.  Her story resembles no other in its unhappiness.  It ends in a station; it ends in suicide under a train.

Is there any happiness to be found here?  Well, as I say, to contrast with the dark there is the light of Kitty and Levin.  If Oblonsky represents shallow and cosmopolitan urban values, Levin – Tolstoy himself – seeks roots in the land, roots in ‘the people’, something of an idealised and unreflective giant.  He finds contentment with Kitty and meaning in life, including spiritual meaning…at least up to a point.

Tolstoy admired the work of Charles Dickens.  But the thing about Dickens’ novels is that they all have one conclusion – the end of history.  One feels that the action is done.  All that remains is an endless summer of happy families, big meals and blessed death.  Not so with Anna Karenina.  Levin is a doubter; his quest is not over, his happiness less than complete.  His is a story that is also destined to end in a station, the story of Tolstoy’s own future. 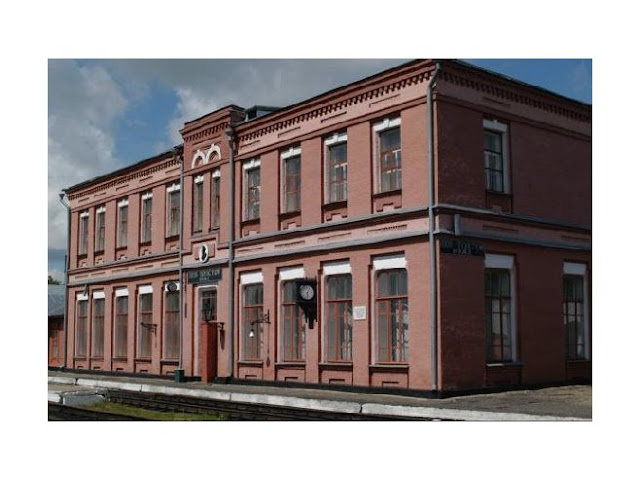