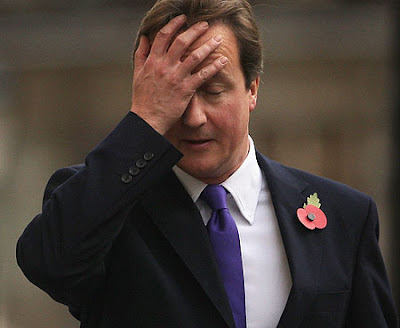 I no longer support the Conservative Party.  My goodness, I should really keep quiet about this; my family would be outraged!  That’s not quite true.  I know my late grandfather, a life-long Tory who once met Churchill, would be sad, but mother and father have, along with me, become increasingly disenchanted.  I will always vote for decent Tories like Boris Johnson, London’s mayor; I will not vote for a faux Tory like that hopeless muddle-head David Cameron, all windmills and gay marriage.

I may in future support a Conservative Party, and that party is the United Kingdom Independence Party (UKIP).  I’m writing this in the wake of the parliamentary by-election in the middle England seat of Corby.  Formerly held for the Tories by the idiotic Louise Mensch – such a little mensch - , it was taken by Labour last Thursday with a comfortable swing.  You know the sort of thing – if this result was repeated across the country blah de blah de blah.

I expected the Tories to lose, they deserved to lose, but the UKIP advance was a delight to behold, a warning, if you like, from Conservatives to the Cameroons.  Attracting over 5000 votes, some 14% of the poll, the party moved into third place behind the Tory candidate.  Even more gratifying, the pestilential Gay Liberation Front, also known as the Liberal Democrats, lost their deposit.

It’s as well not to make too much of this sort of thing.  The boast that UKIP is now the ‘third party’ in English politics is premature in the extreme, in some ways as asinine as the ‘if this result were repeated’ mantra.  But it shows that the traditional support for the Conservative Party is in danger of haemorrhaging away to the right.  It shows just how sick and tired people are not just with the ghastly European Union but with Cameron and his feeble-minded politics.  His version of Conservatism is just another Gay Coalition Front.

On the subject of which, I noted from a Spectator blog that Cameron is accused of misleading supporters over the possible loss of support the Conservatives would risk if the government legislated on gay marriage.  In responding to a letter by Cheryl Gillian, the former Welsh Secretary, deeply critical of the gay policy, Cameron claimed that polling data showed that it would make more people vote Conservative.  Oh, Mr Cameron, that’s a lie.  Sorry; I’m breaching parliamentary etiquette.  I should say it’s a terminological inexactitude.

I hope you won’t mind a slight digression here but people might be interested to know that the forms of language that can be used in Parliamentary debate are governed by strict procedural rules.  It’s all rather quaint, the Speaker ruling if a particular member has crossed the boundaries or not.  Benjamin Disraeli, a former Tory leader then in opposition, was once instructed to withdraw his allegation that half the cabinet were knaves.  Half the cabinet are not knaves, came the response.

Anyway back to Cameron, who is not a knave, just a little confused.  Andrew Hawkins, director of ComRes, the company that carried out the poll, wrote to the Prime Minister correcting his terminological inexactitudes.  Amongst other things he said that “the more important point from the poll…shows both that the party loses more votes than it gains as a result of the policy, and that former Conservative voters are especially less likely to return to the fold.”

Hawkins went on to say that the policy would have a detrimental effect on the Conservative Party’s electoral fortunes if pursued – “your letter states that ‘all of the published polls have found that more voters support equal civil marriage – however described – than oppose it.’ That is simply not the case.”

It was such a gay week from Mister Cameron.  I don’t suppose he is feeling very gay at all just at the present.
Posted by Anastasia F-B at 15:48