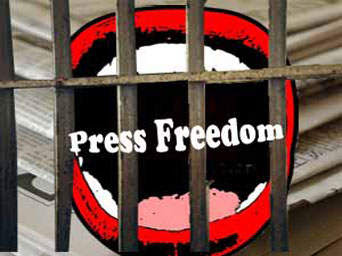 What should happen, do you think, when a crime has been committed?  For me the answer is simple: the offenders should be brought to account; justice should be done and be seen to be done; the law should be applied.  No, that’s wrong; if the law is broken it’s far better to spend heaps of money thinking up new laws, legislating for more legislation, laying rules upon rules.  That’s the way to do it; that’s the British way.

We’re having a Public Inquiry here at the moment into the ethics of the press.  Headed by Lord Justice Leveson, it was set up in a panic by Prime Minister David Cameron last year in the wake of the News International phone hacking scandal.  Panic, I say, because it was a way of distancing himself from people with whom he was altogether too cosy.

Oh, how we love Public Inquiries in this country.  It’s a way of ensuring that resources are well spent, not on the trivialities of life like decent public services but on truly important things like legal fees.  So far Leveson has soaked up £5.6million, that’s about $8.9million. Just think of all the golf club bashes that will cover.

Some people think it might have been possible to short-circuit this legal circus.  After all, the various crimes of the less savoury hacks are all covered by existing law: phone hacking is illegal; prejudicing issues to be tested in the courts is illegal; publishing unfounded accusations against the innocent is covered by the law of libel.  Forget all that nonsense; let Leveson dance.

The issue itself is unsavoury enough.  No grand principle of freedom was being defended.  The hacking hacks at News International were not looking into issues of great public interest.  There was no Woodward and Bernstein fearlessly exposing political corruption.  No; there was a lot of slimy slugs breaking into the private conversations of celebrities and crime victims, a practice that gives muckraking an altogether new meaning.  The law would have done well to follow its natural course.

Instead we have the Leveson sledgehammer bashing a few nuts; instead we are likely to get new regulators challenging the freedom of the press.  We may very well be about to see a process of even more intimidation by those powerful enough to have genuine matters of public interest hidden from the public.  In the baleful atmosphere created by Leveson it’s already happening.  I note that one journalist even received a complaint from a foreign despot, the King of Bahrain, irritated by her coverage of the death of forty of his benighted subjects in anti-government protests.

I have no interest at all in knowing that a seedy and sordid little man like Max Mosley, one of the driving forces behind the move to gag the press, likes to have his bare backside spanked by prostitutes dressed as Nazis.  But I do have an interest in defending free expression; so surely do all of us who blog and tweet, all of us journalists in a sense, all threatened by regulation and intimidation. 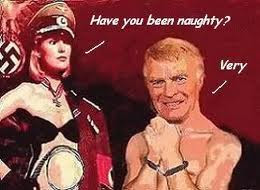 Are we really going to have to re-fight battles that we thought won in ages past because of few untypical arses were interested in celebrity arses?  We may soon have occasion to feel the full truth of William Wordsworth’s poem , 1802, which opens with some particularly memorable lines;

! thou shouldst be living at this hour:
hath need of thee: she is a fen
Of stagnant waters: altar, sword, and pen,
Fireside, the heroic wealth of hall and bower,
Have forfeited their ancient English dower
Of inward happiness.

If Leveson follows the anticipated trajectory into statutory press regulation then the pen will indeed be stagnant.  We may have need of a new John Milton precisely because he was the first great defender of a free press.  In Areopagitica, a pamphlet published in 1644 during the height of the English Civil War, he argued for free expression and against licensing and censorship.  “Give me the liberty”, he wrote, “to know, to utter, and to argue freely according to conscience, above all liberties.”

I also call to mind John Wilkes, another champion of press freedom, who over two centuries ago argued in that “The liberty of the press is the birthright of a Briton, and is justly esteemed the firmest bulwark of the liberties of this country.”

But my favourite quote about press freedom is an observation by George Orwell: “Freedom of the Press, if it means anything at all, means the freedom to criticize and oppose.”  It’s a bit like two plus two equals four: if that is granted all else follows. But we may about to find that a Ministry of Truth has emerged post-Leveson, with powers of regulation and interference far in excess of anything that exists at present.

Between Leveson and Freedom there is no third way.  David Cameron would do well to be mindful of that simple truth.  But for some Ignorance is Strength.