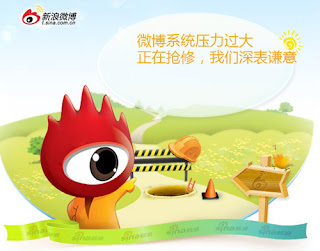 Let a hundred flowers bloom, Mao Zedong once said, only immediately to start rooting up the garden. Now, in a wholly modern development the frustrated promise of free speech has found a new outlet on the internet, where a million bloggers have been talking. They have been, loudly and persistently on Sina Weibo, China’s Twitter-like micro-blogging service. The hot topic recently has been the fate of the people in the People’s Republic, the fate of those bold enough to stand as independents in elections.

I had always assumed that voting in China was a kind of dance routine choreographed by the Communist Party, a dull, meaningless and wholly predictable quadrille. But at the lowest level of the electoral pyramid citizens can actually vote for other citizens, people who are not part of the official apparatus; or at least they can try to.

Even in local elections the Party has long attempted to micro-manage affairs, assuring that only approved candidates get through. But, emboldened by the forms of communication and solidarity offered through the internet, an increasing number of real independents are putting themselves forward. According Li Fan of the World and China Institute in Beijing more than a hundred people have declared their candidacy for the elections to the various people’s congresses that will be held across the country in the coming months.

The Party is nervous, the Party is always nervous, never more so than now with the Arabs showing the world a networking revolution. Silence is no longer an option, especially as Li Chengpeng, an author, critic and micro-blogger, has announced to his three million followers on Sina Weibo that he is prepared to stand.

The Economist reported that the emergence of such candidates has been accompanied by a series of local disturbances across the country. Although the details are hazy it appears that thousands of police officers were required to suppress a riot in the town of Zengcheng in Guangdong province, brought on by an altercation between security guards and a street vendor. Before this there had been serious disturbances in Lichuan in Hubei after the death of a local legislator and anti-corruption campaigner in police custody. Such incidents, according to Xu Chunliu, a Beijing blogger, are only encouraging others into politics, himself included, as he announced to his twelve thousand followers.

Meanwhile a government official in an interview with a state-run news agency said that independent candidates had no ‘legal basis’ and that campaigning in ‘non-approved settings’ – meaning Sina Weibo – would not be tolerated. “Soliciting votes through the internet”, the Global Times, a Beijing newspaper, declared, “could destroy the operating rules of Chinese society.”

In other words democracy is a threat to civilization as we know it, meaning a threat to oligarchy as the Chinese have experienced it. Bloggers of all countries unite! Bloggers of China keep on writing on the new Democracy Wall.
Posted by Anastasia F-B at 16:20