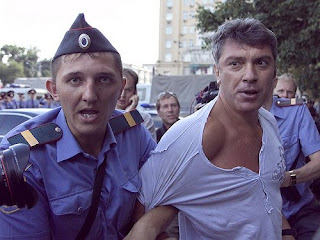 Lieutenant Kijé is a soldier who never was. He was born by sleight of bureaucracy and he died by sleight of bureaucracy. The anecdote dates back to the late eighteenth century, to the time of Tsar Paul of Russia. First published in the 1870s, it tells of man, originally named, Kizh, created by a misprint on a list of officers. Paul sees the name and promotes him from second to first lieutenant.

Having come to the attention of the Tsar, nobody dare admit that there is no such person as Lieutenant Kizh. Bit by bit he is promoted, until he becomes a full colonel. At such an elevated rank the Tsar now demands to see him, only to be told that he is dead by the nervous officials. “What a pity”, he says, “he was such a good officer.”

This splendid little satire on the stupidity of bureaucracy and the blindness of autocracy was turned into a novella by Yury Tynyanov, a Soviet author, in 1927, with Kizh now as Kijé. Still later it was made into a film with a marvellous score by Sergei Prokofiev.

In so many ways it’s the perfect parable, illustrating the absurdity that has long formed part of Russian history, where openness and freedom are constantly imperilled by servility in the face power, the power of the state and the power of the ruler. It immediately came to mind when I read about the six month travel ban imposed on Boris Nemtsov, formerly deputy prime minister under Boris Yeltsin in the 1990s and a leading critic of Vladimir Putin, the increasingly autocratic prime minister.

What was Nemtsov’s offence? Oh, it was terribly serious. Last year he published a pamphlet drawing attention to Putin’s relationship with Gennady Timchenko, a billionaire energy trader. Following legal instructions, a correction was printed by a newspaper in March. It was too short, the judges said, and because the author was determined not to have co-operated fully with the court a travel ban was imposed. The connection and the logic here is quite beyond me.

It’s laughable in its absurdity, an indication that Russia has moved full-circle back to Soviet days, when such devices were regularly imposed on those critical of the regime. It’s also an open admission that Russian law is an ass, Putin’s ass. In general the treatment of Nemtsov provides evidence of the premier’s increasing paranoia in the run up to next year’s presidential election.

Official intolerance against any form of opposition grows by the day in Putin’s Potemkin democracy. The reference here, of course, is to the artificial settlements allegedly put up by Prince Grigory Potemkin, chief minister to Catherine the Great, to impress the empress on the value of the new conquests he had made in the Crimea, an illusion, hollow and unreal.

Recently the Justice Ministry refused to register the People’s Freedom Party, co-headed by Nemtsov, preventing him fielding candidates for the parliamentary election scheduled for December. No such ban was placed on the pro-Kremlin Right Cause party which registered at the same time. This selectivity comes despite President Medvedev’s promise to encourage greater political competition. But Medvedev seems himself to be little more than a Potemkin head of state, keeping the place warm for Putin.

Competition and openness, any kind of freedom really, have always been problematic when set against the kind of court politics that have changed so little from the days of Paul to those of Putin. It’s all cronyism and intrigue set against an obsequious and fawning officialdom, falling over itself to carry out the will of the throne. Russia may have a modern face but it is little more than a mask, behind which little has changed.