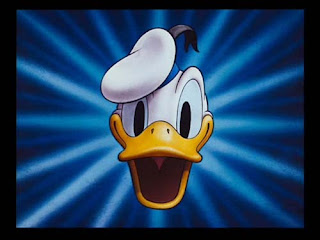 I never tire of saying just how much I love the writing of George Orwell, particularly his essays, the true heart of his genius. His concerns are my concerns, especially when it comes to the question of good English usage, though I can only muster a fraction of his insight and literary brilliance.

I share the same passion for language, a belief that the corruption of language comes from a corruption of thought. He was writing at a time when the greatest threat to accurate and meaningful expression came from the malign ideologies that dominated the middle part of the last century. In Politics and the English Language, an essay published in 1946, he makes the following observation;

Now, it is clear that the decline of a language must ultimately have political and economic causes: it is not due simply to the bad influence of this or that individual writer. But an effect can become a cause, reinforcing the original cause and producing the same effect in an intensified form, and so on indefinitely. A man may take to drink because he feels himself to be a failure, and then fail all the more completely because he drinks. It is rather the same thing that is happening to the English language. It becomes ugly and inaccurate because our thoughts are foolish, but the slovenliness of our language makes it easier for us to have foolish thoughts.

Yes, that’s it exactly; language becomes ugly and inaccurate because thought is ugly and inaccurate, the one reinforcing the other in an ever tighter circles. The more extreme examples, the sort of thing favoured by Stalinist publicists, the sort of thing that Orwell proceeds to analyse, are gone. Or are they? Well, the stupid, like the poor, are always with us, so I think I might be able to amuse you with something I came across recently.

I should say that I was the target though I think it best if I avoid mentioning the context and the circumstances; it wasn’t here, that much I should make clear. I’ll just say it was in response to my efforts to add a little balance to the ongoing hysteria over Rupert Murdoch and News International. In reaction a barrage of meaningless, and contradictory, epithets were thrown in my general direction, to which I responded in general terms, drawing on the expressions themselves;

Meanwhile I shall continue to buy the Times in my corporate, right-wing, fascist, libertarian, anti-government, laissez-faire liar, anarcho-totalitarian manner! I sometimes think that George Orwell was never born or that stupidity really is the wave of the future, like a clown throwing verbal tomatoes at a face forever.

Poem unlimited and speech unparalleled! That’s the thing about left-liberals – they are more ridiculous than dangerous. Yes, I do despise them but I laugh at their sheer intellectual incapacity far more than I frown at their ideas. They have no ideas, not an original thought, just a cycle of clichés, round and round for ever, as in a washing machine. They do not think; they are incapable of thought. The words come, yes, but from the vocal cords, not from the brain. They are the beetle people of Nineteen Eighty-Four, whose language is not New Speak; it’s Duck Speak. :-)
Posted by Anastasia F-B at 15:28