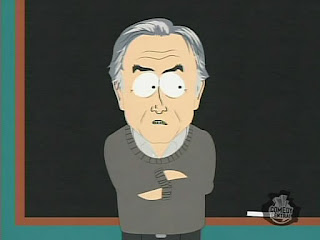 I could a tale unfold whose lightest word
Would harrow up thy soul, freeze thy young blood,
Make thy two eyes like stars start from their spheres,
Thy knotted and combined locks to part,
And each particular hair to stand on end
Like quills upon the fretful porpentine…

Actually, no, I couldn’t but I can a tale unfold that might make you smile, perhaps even laugh. It concerns atheist, rationalist, feminist, progressive and sceptic folk; it concerns people not noted for their wit or their humour; it concerns, most particularly, Richard Dawkins, an atheist god and his fall from grace into disgrace.

Before going a step further I have to thank Michael Ezra, a friend and fellow tweeter, who drew this delightful brouhaha to my attention, with links to all sorts of places and rational forums that I would never have visited, places where oh so liberal folk are busy tearing Dawkins apart, yea, even so far as the New Statesman (when is this sexist publication going to be renamed the New Statesperson?) So, Michael, thanks!

Let’s begin at the beginning, let’s begin at the Dublin conference of atheists and sceptics last month, addressed by Holy Dawkins. But as man – and women – shall not live by doubt and dismissal alone, one of the participants, in a mood of romantic timeout, thought he would try his chances. Indeed he did.

Let me set the scene for you. It’s late, four o’clock in the morning to be exact. Dog-tired after a day of doubt, debunking and drinking, a woman leaves a hotel bar and gets on the elevator, making her way to her room, bed and a godless rest.

Before the doors are fully closed a chap jumps on board. A bit nervous and a bit awkward, he says to the woman “Don’t take this the wrong way, but I find you very interesting, and I would like to talk more. Would you like to come to my hotel room for coffee?” He just wanted a spot more scepticism but she assumed that his mind was on another topic beginning with the letter s and did take it the wrong way. No, she would not, a lame proposition put down by a quick rebuff. And that, as they say is that. I know; I’m an expert in the art of the cutting brush off!

No it was not, because the woman Randy Roger the Sceptic tried to inveigle with offers of coffee was a certain Rebecca Watson, apparently, as I now know, a leading American sceptic (forgive the k-less spelling) who runs the excellent Skepchick site. It has to be; the New Statesman says so.

Now Rebecca, rather than brushing the whole thing off, goes home and posts a video on the excellent Skepchick site, saying, amongst other things, that she does not welcome chat-ups from sex-starved sceptics on the elevators of foreign hotels. It makes her uncomfortable, you see, when men sexualise her in that manner. I rather expect it makes Rebecca permanently uncomfortable to be seen as an object of sexual desire, anywhere, anytime. She most certainly does not want a bash from other God-bashers. It creeps her out. These guys creep me out, too, but that’s by the by.

So, that’s that, you might think, but no; enter Dawkins on a donkey, riding in to the comments section of the excellent Skepchick site, rather sceptical about dear Rebecca’s sexual scepticism. He expresses his view in a letter to an imaginary Muslim woman;

Stop whining, will you. Yes, yes, I know you had your genitals mutilated with a razor blade, and … yawn … don't tell me yet again, I know you aren't allowed to drive a car, and you can't leave the house without a male relative, and your husband is allowed to beat you, and you'll be stoned to death if you commit adultery. But stop whining, will you. Think of the suffering your poor American sisters have to put up with.

And you, Muslima, think you have misogyny to complain about! For goodness sake grow up, or at least grow a thicker skin.

Talk about the God that failed! At once his adoring acolytes were not quite so full of adoration; at once they gathered together with cries of “Crucify him!” “Crucify him!” And, my, how they have, in an explosion of blogosphere outrage made worse by his cack-handed attempts at further explanation. Those nails, how they must have hurt going in, judging by this sharp example;

It makes me want to cry a little when you live up to the stereotype of a well-off, 70 year old, white, British, ivory tower academic. But let me spell it out for you instead of just getting mad (though I'll do that too):

Well, I’ve referred to Dawkins as a prat, a four letter word; does that not count?

And so it went on, blah, blah, with Watson chipping in, saying her own piece in hyper-feminist mood;

To have my concerns—and more so the concerns of other women who have survived rape and sexual assault—dismissed thanks to a rich white man comparing them to the plight of women who are mutilated, is insulting to all of us. Feminists in the west have been staunch allies of the women being brutalized elsewhere, and they've done a hell of a lot more than Richard Dawkins when it comes to making a difference in their lives.

Sceptic chick (chick? My goodness!) turned by degrees from angry chick to furious chick to vengeful chick, so much so that she called for a boycott of Dawkins' books. Perhaps there should be a public burning of The God Delusion? My, what a delicious irony there would be in this immolation of the atheists’ bible!

Scepticism grew by the hour as more and more people raised doubts about the existence of Richard Dawkins. Where is the evidence? Perhaps it’s all a delusion? Perhaps someone could write a book and organise a conference. No sex, please; we’re sceptics.

Doubts were raised about the Dawkins, verily, so far as the New Statesman, where one David Allen Green weighed-in in the pompously sanctimonious style I associate with that publication: “Can Richard Dawkins still credibly pose as champion of rational thinking and the evidence-based approach? In my opinion he certainly cannot, at least in the way he did before.” How are the mighty fallen, and the weapons of scepticism perished!

So, bang goes Richard as the high priest of rational thinking and the evidence-based approach! All this, all this pointless and petty fuss because some stupid guy had the temerity to approach a humourless frump. I think God must have set it up just to have a good laugh at these clowns. It’s simply wonderful to see the rationalists descended into such risible irrationality. This is a tale worthy of an idiot, full of sound and fury signifying nothing.
Posted by Anastasia F-B at 15:47