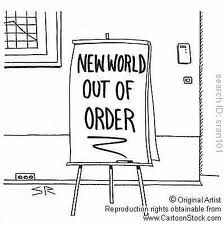 The Pink News, Europe’s largest gay news service (it has to be, it says so), is in a celebratory mood, celebrating that the United Nations recently passed a ‘historic resolution’ calling for “universal rights for gay, lesbian and trans people.” A ‘trans person’, don’t you just love the jargon?

The UN is rather in the mood for grand gestures at the moment, gay rights one day, internet rights the next. Frank La Rue, the Special Rapporteur (excuse me?) from Guatemala, called for the governments of the world to protect citizens access to the internet as a key tool for enabling their human rights. I imagine the gay bloggers and trans people from places like North Korea and Iran will be absolutely delighted with this breakthrough on all fronts.

Enough limp attempts at levity. I have nothing but contempt for the UN, as big a failure in its own way as the old League of Nations. The hypocrisy the place generates is stunning. Here we are, an empty statement on gay rights which will do nothing to stop judicial murders in Iran. Here we are, a statement on internet rights that will make not one bit of difference to the plight of the dirt-poor peasants of Guatemala.

Looking over the history of the UN there is only one point that it acted with any effectiveness, in 1950, when a common front was presented against the communist aggression in Korea, only possible, though, because the Soviet Union had absented itself from the Security Council. But ever after it was no more than the sum of its divergent parts, a forum for the likes of Communist Castro of Cuba or Islamist Amadinejad of Iran to launch verbal attacks on the United States from a safe haven within American soil.

Still, at least it keeps Rapporteurs gainfully employed. What on earth would we do without them, trans people and sanctimonious resolutions?

O, wonder!
How many goodly creatures are there here!
How beauteous mankind is! O brave new world,
That has such people in't!
Posted by Anastasia F-B at 15:52