Comrade Spart has the Floor 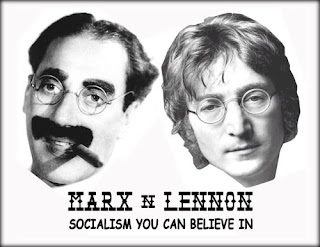 I was amused to see that Private Eye, Britain’s leading satirical magazine, Britain’s only satirical magazine, is now fifty years old, an event celebrated at a bash recently in London’s Guildhall. Once the most irreverent publication on the newsstands it’s become – The horror! The horror! – a national institution, something of a kiss of death for a publication that is noted for it’s brilliant lampoons of all sorts of people, from pompous politicians to talentless celebrities.

I’ve been reading it on and off for years. It was a regular source of amusement when I was at school, the most irreverent and iconoclastic girl in the place! I simply loved the way it pricked so many overblown bubbles, with its trusty, rusty sword of uncomfortable truths.

I had my favourites among the brilliant lampoons. The Secret Diary of John Major, a former prime minister, used to send me into fits of giggles with its Adrian Mole style parodies. And then there was Tony Blair in what was surely his true vocation in life – a sanctimonious and trendy vicar. Even better was the paranoid bulletins issued by Comrade Gordon Brown, very much in a North Korean fashion.

Set these political parodies to one side. My absolute favourite spoof was Dave Spart, the humourless left-wing prig, representing some absurd organisation or other, like the National Amalgamated Union of Sixth-Form Operatives and Allied Trades. 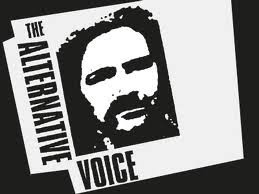 Dave Spart, my goodness, what can I say about Dave Spart? Spart has to be experienced. Spart, whose dialectical diatribes ended in all sorts of grammatical absurdities, illogical knots and silly non-sequiturs. With his heavy, clunking and infelicitous style he just captures a certain type so perfectly. They get everywhere, these people, coming out with some Spartist claptrap or other about a hegemonic bourgeoisie…or hegemonic bankers!

Here is a prime example of Spart speech:

The right wing press have utterly, totally and predictably unleashed a barrage of sickening hypocrisy and deliberate smears against the activities of a totally peaceful group of anarchists i.e. myself and my colleagues, who demonstrated in non-threatening balaclavas, due to the cold weather, and carried heavy walking sticks to negotiate the cobbled streets. Ahem, eh, we were merely asserting our rights to forcibly occupy the citadels of capitalism and oppression, such as the Ritz, Fortnum and Freemasons and Ann Summers, the unacceptable face of the sexual and industrial complex, who objectify women as mere sexual chattels and thereby make themselves a legitimate target for peaceful acts of, eh, rioting and arson. Small wonder the fascist police blatantly did nothing to obstruct us in the smashing up of the hated cash point machines of global capitalism and the spray painting of the Nazi lions in Trafalgar Square, and thereby deliberately making us look bad, which is not surprising, given that many of the so-called anarchists were probably undercover police officers…, such as Steve, who I've never liked and did not want to join our collective in the first place.

A parody too far, do you think? Well here is an actual Spartist report from the Guardian newspaper, headed Politics as usual has failed. Students must take direct action by Michael Chessum and Jonathan Moses, published last November, criticising government education policy;

And mobilise we must. The coalition's proposals represent a nigh irreversible transformation of higher education, and the commodification of knowledge and learning...Dismissed as apathetic, our generation has suffered from unparalleled self-perceived impotence: its seminal moment, the Iraq war, saw the biggest wave of protest in recent British history – along with the clearest refusal of government to listen to it. What resulted was frustration among a growing and mobilised section of young people.

Yes, that’s the Spartists for you. They are individuals who observes Marxist theory to the exclusion of all else, often condemning most things in society and the world with meaningless far left-wing dogma, ending up in logical cycles and jumping to conclusions in the process. Such people claim to be progressive, but are as backward thinking, unimaginative, blinkered, hare brained and colourless as the leaders of the former Soviet Union and Communist Eastern Europe.

Look out for the breed in all their risible absurdity, look out for their writing, always characterised by heavy, impenetrable paragraphs, sonorous and censorious, unleavened by any kind of humour, peppered with grammatical howlers and spelling mistakes. Ah, what would life be without the Spartists? They truly are a thing of fun and a joy forever.
Posted by Anastasia F-B at 15:49