Wallis and the Shanghai Technique 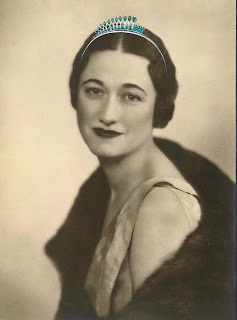 Wallis Simpson was guilty of four things: she was a woman, she was a commoner, she was a double-divorcee and she was an American. But, notwithstanding all these handicaps, she still managed to storm the House of Windsor. She shook the fusty old English establishment and she got her man, even when the man happened to be a king! The surprise here is even greater because there was something manly about this femme fatale.

I’ll come to this in a bit but first a word or two about a wholly compelling individual, a social climber, a sort of American Becky Sharp, the unscrupulous character from William Makepeace Thackeray’s novel Vanity Fair, one who climbed high enough to catch the affections of the heir to the throne

In 1936 Edward VIII, who recently succeeded his father George V, made it plain to the English establishment, politicians and churchmen alike, that he intended to marry this double divorcee, his long-standing mistress, an unprecedented move. Oh, no, you are not, came the response, not if you want to remain as king. Oh, yes, I am, and I don't want to be king. Wallis and love came before throne and duty. Edward abdicated and, as Duke of Windsor, married his Duchess.

They were such an odd couple, the handsome and debonair prince and the gauche, angular and rather masculine Wallis. Look at her picture. She’s not just conventionally plain; she’s positively ugly. But what she lacked in looks she made up for in wit and personality. She also made up for it with other talents, at least according to long-standing rumours, talents acquired in some of the less salubrious fleshpots of old Shanghai.

It’s a subject taken up by Anne Sebba in THAT WOMAN: The Life of Wallis Simpson Duchess of Windsor. Among other things the author touches on, ahem, Wallis’ carnal expertise, including a speciality in oral sex, “which would not have been standard education for most British or American girls of the day.” No, it would not. 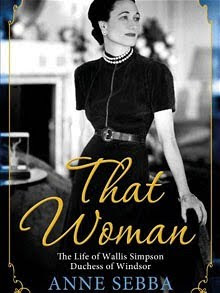 But there is, she goes on to say, a far deeper and darker secret, something that would account for her appearance and her personality. The suggestion is that she might have suffered from a condition now referred to as Disorder of Sexual Development (DSD) or intersexuality, something that apparently affects 4000 babies each year in the United Kingdom alone. I can only describe this as nature not making up its mind, producing a child that is not quite one thing and not quite the other.

Accepting this argument - and I have to say there is a more than usually high level of speculation here - , Wallis was born a girl but with the male XY chromosome. Over time, as a baby with this condition develops, the build up of testosterone in the system produces physical characteristics more associated with males.

It’s also possible, the author further suggests, that Wallis was born as a pseudo-hermaphrodite, with the internal reproductive organs of one sex and the external organs of another. This is a matter incapable of any proof but apparently, and amazingly, although she was married twice before she met Edward she once told a friend that she had never had sexual intercourse with either of her husbands, refusing to allow anyone to touch her below what she referred to as her “personal Mason-Dixon line.”

Writing in 1958 the biographer James Pope-Hennessy said that she was one of the very oddest women that he had ever seen – “She is flat and angular and could have been designed for a medieval playing card. I should be tempted to classify her as an American woman par excellence were it not for the suspicion that she is not a woman at all.”

The whole thing is quite intriguing and I confess I am intrigued. But I’m also cautious, wary when people overuse expressions like ‘might have’, ‘would have’, ‘could have’ and so on. Sebba's’ thesis is fascinating but it relies overmuch on speculation and surmise rather than evidence. It can never be proved conclusively. The truth might be much simpler: that Wallis was just an ugly woman with charm enough to win a prince, that and the Shanghai technique.

She’s quite the fashion at the moment, dear Wallis, first a biography and now a movie. I’m so looking forward to seeing W. E., the new biopic directed by Madonna (that’s reason enough for going to see it!), scheduled for release here in January. The advance signs are not good, but – who cares? – I’m such a sucker for this sort of thing, with an almost endless capacity to suspend certain forms of disbelief.
Posted by Anastasia F-B at 16:45