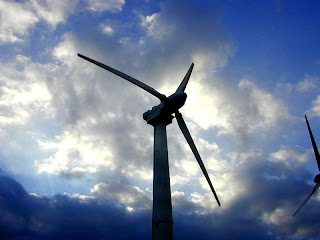 There are few things, I am happy to admit, that induce in me feelings of weariness and cynicism more quickly than endless lectures about global warming or climate change or responsible energy policy or a hundred variations on the theme from Bore Gore. It’s the new orthodoxy, the new Puritanism that threatens to submerge us all in a mood of guilt. Not I, not ever, no matter how much tiresome ‘science’ is trotted out. I once expressed my feelings in debate, and when I debate I take no prisoners;

Orthodoxy, that’s the key word, don’t you agree? Global warming has become a new religion. It’s part of that pessimism that has accompanied our species almost since the beginning of time, codified in religions like Christianity. There are precious few now who believe in Doomsday, in the Second Coming and the Last Judgement. So, no more ‘the end is nigh: repent!’ Instead we have ‘global warming is happening: repent!'

We have been taken far down the road of repentance in England. There is no debate; it’s now a matter of consensus across the political divide, with green taxes adding an ever growing burden to patterns of consumption, pushing the most vulnerable in our community ever deeper into fuel poverty. The time has come to fight back, against the onward march of taxes and windmills, a ghastly blight on our green and pleasant land.

Let me tell you how to do it. No, let Matthew Sinclair tell you how to do it. He does so in a highly effective fashion in Let Them Eat Carbon: The Price of Failing Climate Change Policies and How Governments and Big Business Profit From Them, an excellent little polemic. The arguments are tailored to an English shape but there are general policy principles that might as easily be applied elsewhere.

Sinclair’s premise is a simple one: ignore all the usual arguments about global warming. Instead focus on the climate change polices that have arisen on the back of all the theoretical gobbledygook. Just ask; do these things work, what difference do they make?

No difference at all, is the short answer.

Actually, that’s not quite right; government initiatives make a difference alright, but for the worse. Green taxes, the renewable energy option built into electricity bills, generates windfall profits for the energy companies and makes pricing altogether more volatile; bio fuels inflate food costs; renewable energy plans involve a huge waste of resources while making supply ever less secure; windmills transfer profits to the owners of land, transfer profits from the productive to the unproductive sector of the economy; and the only green jobs that are created are for bureaucrats and lobbyists. Oh, sorry, that’s not true: there are also the jobs that are created in the Third World, as companies, overburdened with costs and regulations, move elsewhere.

Sinclair concludes that not only will the various green policies adopted fail to reduce carbon emissions but they will also have the effect of creating a prolonged economic depression in the developed world. I suspect that the Chinese have a close interest here.

The title, incidentally, is a reference to Queen Marie Antoinette and her supposed comment about cakes as a substitute for the absence of bread. Here we are, the new peasants, taxed to perdition to support a distant and out-of-touch court, a new Versailles where all sorts of lobbyists, environmentalists and green activists gather to eat up the produce of the nation. As William Norton wrote recently in Prospect, unelected cartels run an irrational system that does not work even on its own terms but out of which they all do very nicely indeed.

Do I hear the sound of tumbrels? Wishful thinking, or I can only wish that our benighted politicians were not quite so stupid.
Posted by Anastasia F-B at 16:23