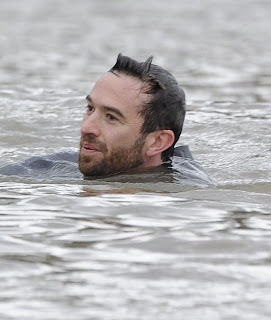 Over two thousand years ago a man called Herostratus set fire to the Temple of Artemis, destroying this wonder of the ancient world. He freely confessed to the crime. It was a way of ensuring that his name lived down the ages. It has, as you can see, despite the best efforts of the authorities in Ephesus, who attempted to damn all memory of him to oblivion. In a way I’m glad they did fail, because Herostratus deserves a place in the Olympian pantheon. He is there for me as the god of mediocrity.

I was away in Paris for the Easter weekend, so I missed the advent of his latest acolyte, a character called Trenton Oldfield (Trenton!) This oik deliberately tried to disrupt the annual Oxford and Cambridge boat race by swimming into the path of the rowers. It was a protest, he later said, against ‘elitism.’ Personally I’m thinking of mounting a protest against horses’ arses like Trenton, but sadly there are just too many.

I’ve known people who’ve taken part in previous races. I know just how hard they work; how gruelling the training is, physically and emotionally. They spend months working up to the race, a brief and transitory moment of glory or disappointment. But the important thing is being there. Just taking part is a huge privilege.

To see it spoiled in this way is infuriating. Even more infuriating is the acres of copy that darling Trenton attracted. Here I am, contributing to this inflation of a balloon. What else can I do? I would, like the ancient Greeks, far rather that his name was damned into oblivion. But, sadly, it will forever be linked with the event, forever linked with a noble English tradition. Oh, never mind; the blessings of Herostratus be upon him.

He needs publicity; the whole thing is a fatuous exercise in self-promotion. He has a website which I refuse to click on because I know he is - please forgive the vulgarity – bound to get a sort of Viagra induced stiffy from the number of hits he gets. But I’m glad that Tim Stanley, writing in the Telegraph, did, otherwise I would have no insight into the ramblings of Trenton, a sort of pathetic polytechnic Marxism by way of Adrian Mole;

The boat race itself, with its pseudo competition, assembled around similar principles of fastest, strongest, selected …etc, is an inconsequential backdrop for these elite educational institutions to demonstrate themselves, reboot their shared culture together in the public realm.

As Stanley says, the only surprising thing about this sad-speak is that is not written in crayon.

We live in the age of mediocrity. These should be no surprise that the Caliban-like Trenton has come to the fore, full of resentment, typical of so many like him, another facet of the louts who protested at government ‘cuts’ across the country last summer…by stealing trainers and tellies. The boat race is ‘elitist’, Trenton says, and “elitism leads to tyranny.” No it does not. Ignorance leads to tyranny; plebeian resentment leads to tyranny; mediocrities like Trenton are the seed corn of tyranny. We need to celebrate excellence in all its manifold dimensions, not reduce everything to a lowest common denominator. Just imagine a world full of Trentons!

Apparently, while not swallowing Thames water, he is a member of the wholly unelitist Royal Society of Arts. To paraphrase Groucho Marx, I would not care to belong to a club that has Trenton as a member. He has a bio on their website, more verbal imbecility;

Trenton’s foremost preoccupations include unearthing the socio-political history of fences/railings - including when they shifted from keeping things in to keeping things out, the spaces in cities people have set out to make together, contemporary places of work, emotions in finance, the processes of creating and conceptualising ‘a home’ in a new city, the tension existing between danger & beauty embodied for example in aeroplanes and how social relations (dissolving of nation states and rise of cities) might change on earth with the colonisation of other planets. Trenton is also working on debates within inter-disciplinary urbanism around notions of ‘Darwinistic individual selfishness’ – or ‘Who Dares Wins Urbanism’ attempting to make apparent the predictable, though overlooked failures of individualism within and apparent across the 'leadership' of the centre, left and right.

I can only laugh; I am laughing as I write this, laughing at this absurdist twaddle, forcing me to correct a higher than average number of typos! Now I take my leave of Trenton, safely behind a fence, safely in the keeping of Herostratus. The worst fate I wish him is a special place in Hades, where he will live forever among the commonplace, forced to eat pot noodles while watching endless repeats of Britain’s Got Talent, The X Factor and Celebrity Big Brother. 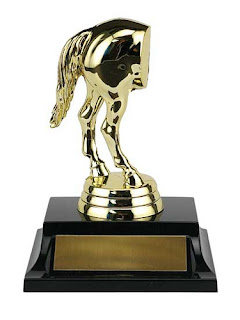