The Rise of the Morlocks 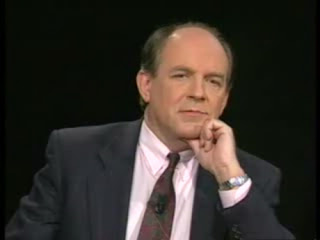 Sociology is not my subject. More than that, it seemed to me to be one of more tendentious academic disciplines, the happy hunting ground for all sorts of lefties. Bogus theories compounded by bogus politics that, for me, is sociology.

Or, rather, was sociology. I’m pleased to say that my view here was far too partial! I delight in serendipity, the art of discovering things by chance. Charles Murray is a new discovery for me, a sociologist of unique and refreshing vision. Presently working for the American Enterprise Institute, a conservative think-tank based in Washington, he is best known for a book called The Bell Curve. In this he was rash enough to discuss the IQ levels of different ethnic groups, attracting a rush of liberal hatred.

But it’s his views on poverty that I find most compelling, his argument that state action in this area, the so-called ‘war on poverty’, has the reverse effect from that intended – it increases the number of poor people. More than that, it’s corrosive of personal responsibility and independence. This is my own view exactly. In an article I published here at the beginning of last year (The Dead Hand of Welfare, January 11) I opened in combative style;

The one certain consequence of aid, of any kind of welfare, is poverty. Look at this country, look at the dreadful Dependency State, a financial burden that has crippled us for years and resulted in a form of entrenched, institutionalised socialism, almost impossible to shift, no matter the political complexion of any given government. Billions of pounds have been spent and we are not a step closer to ending poverty.

In his work as a number cruncher Murray has added substance to this assertion in an American context. Like Britain, billions have been spent on antipoverty programmes but poverty remains stubbornly entrenched. Worse still, those targeted, the recipients of benefits, have lost the incentive to work hard and raise children within the context of a stable relationship.

Murray is also, I’m delighted to say, a libertarian, very much of my own kidney. He explained himself in What it Means to be a Libertarian, a book published in the late 1990s. In this he calls himself a ‘lower-case’ libertarian, too fond of the “indispensible role of tradition and classic virtues” to go along with the likes of Ayn Rand. Adam Smith and Edmund Burke, his heroes are my heroes!

In 1989 he was asked by the Sunday Times to investigate if we have an ‘underclass’ a term he popularised that same year, in this country. He used three measures in his investigation: drop-out from the labour force among young males, violent crime and births to unmarried women. These, he concluded, were associated with the growth of a class of “violent, unsocialised people who, if they become sufficiently numerous, will fundamentally degrade the life of society.”

He returned to the same theme, again at the behest of the Times, ten years later, saying that Britain had become “just another high-crime industrialised country”, and that the underclass was “driven by the breakdown in socialisation of the young, which in turn is driven by the breakdown of the family.” Last year’s London riots are sufficient proof of his claims, if any proof is needed.

He has now published Coming Apart: The State of White America, 1960-2010 in which he discusses the growing fractures in American society and the dangers presented by an underclass, cut off from a common set of values. His fears are my fears; for, in the end, I suspect the Morlocks will consume us all.
Posted by Anastasia F-B at 16:20