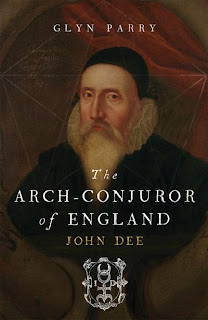 I’m completely beguiled by witchcraft and magic, by the search for deeper, sometimes darker, forms of knowledge and understanding. I’ve read deeply into lots of sources, including the infamous Malleus Maleficarum – the Hammer of the Witches, a medieval treatise based on misconception and misunderstanding, but one that was to have dire consequences for so many people, particularly women. I’m captivated also by the Faust legend, another dangerous quest.

There is an odd ambiguity in the medieval and early modern understanding of witchcraft and magic. Witchcraft was disapproved of as malevolent magic, though magic, in the form of alchemy, was a reasonably respectable if occasionally risky occupation. It would have been lethal for a woman to set herself up as an alchemist or a magus, for the simple reason that accusations of witchcraft and demonology would quickly follow. Men were on slightly more certain territory, though they, too, were in danger of slipping over boundaries. It was all a matter, you see, of perception…and politics!

Dr Faustus is the stuff of legend; but Dr John Dee is the stuff of English history. His is a fascinating story, one that embraces science and magic, high politics and low comedy. It’s a story long waiting to be told in full. Now it has, admirably, by Glynn Parry in The Arch-Conjurer of England: John Dee.

Conventionally Dee was a scientist living in Tudor England, a man with a brilliant scholarly mind who set off in pursuit of some rather dubious notions. He really stands on the cusp of a great change, a time when superstition, giving way to reason, was still fighting a determined rearguard action. In a profession like his one really needed powerful protectors to avoid accusations of black magic, and as Glynn shows, Dee’s protectors included some of the most powerful in Elizabethan England. His patrons went as high as the Queen herself, taking along William Cecil, Lord Burleigh, her chief minister, and Francis Walsingham, her spy master, on the way.

Dee claimed to be able to foretell the future, a skill particularly desired by those in power. He also had a practical political use as a kind of counter-magus! In 1558 when Elizabeth came to the throne in succession to her Catholic sister, Mary, there were many dangers for the nascent Protestant queen. In France Nostradamus, the court magician of Catherine de Medici, predicted all sorts of dire things for England. Dee was hired to give a different spin and cast a better horoscope!

Dee was clearly a reasonably astute politician himself, at least on occasion. His best ‘prophecies’, in other words, were tailored to support policy drifts, which included casting positive auspices on Robert Dudley’s campaign in support of the Dutch revolt against the Spanish, and Cecil’s campaign against the perceived Catholic threat. This was wizardry as a handmaiden to statecraft!

Alas, poor Doctor Dee, astute but not astute enough. He slipped and slipped badly - he made one political contact, one magical contact and one prediction too far. The political contact was a disreputable Polish nobleman by the name of Albrecht Laski. Believing that this man was favoured by the Queen, Dee then hired one Edmund Kelley, a ‘scryer’ who claimed to be able to talk to angels, to back up his prophecy that Laski would be king of Poland. Here Dee took his eye off the political ball; for the player to watch was not Elizabeth but Burleigh, who had no intention of advancing the Catholic Laski’s political ambitions. Down came the house, magic and all.

Now on Continental exile, Dee’s story slips from Faustian tragedy to Rabelaisian comedy. The fraudulent Kelley persuaded him that the only way for him to retain his magical powers was for the two to indulge in a spot of wife swapping. Dee agreed, sufficient proof, if any is needed, that even the most sophisticated minds are not free from risible forms of folly.

Parry has done splendid work in placing Dee, the man, the myth and the magic, in the wider stage of Elizabethan court politics. It explains why his little vessel was subject to such vagaries, moved along in one direction or another by changes in the wind. He also proves one thing that I’ve long believed – that innocence often goes hand in hind with scholarly curiosity, and, goodness, what an innocent Dee was.

There was one nugget of information which I fount wholly delightful. It was Dee who coined the term ‘British Empire’, though with all of his other prophecies this showed no great prescience on his part. His British Empire grew from the spurious contention that King Arthur, no less, had once planted colonies in the Americas. I can just see it - an Elizabethan Englishman in the Colonial Court of King Arthur!

Parry has brought our home-grown Faust out of the shadows. His scholarly efforts are commendable, and weighty. I could only wish that he had carried them a tad more lightly; the long passages from Dee’s own writings are crushingly dull. Still, if you are interested in the occult and the place of prediction in politics, if you are interested in the highs and the lows of an Elizabethan life, then I think you will enjoy this book. I did. 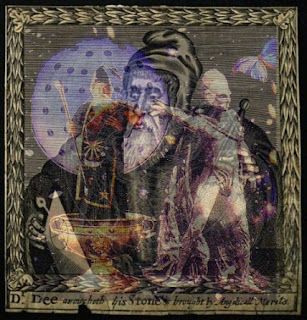