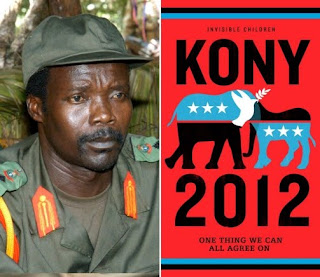 I wrote an article a few years ago, a comment on a ‘trending’ campaign on Twitter directed against an English journalist. I opened as follows;

I love old horror movies, really old ones, the old black and white flicks with people like Boris Karloff. I’m sure people will have seen some of the original Frankenstein movies. Quite often there are scenes of indignant mobs out with flaming torches, hunting down the monster. But that’s so old-fashioned, don’t you agree? The mob is still with us of course, but it has long since lost the torches. Now it expresses its righteous indignation on the internet, haunting down the creatures that have happened to offend, hunting in a mood of outrage; hunting like a pack.

It’s true; the mass expression of a two-minute hate (yes, the analogy is appropriate) against Joseph Kony, head of the so-called Lord’s Resistance Army (LRA), is the latest example. Angelina Jolie has joined in, saying that she does not know anyone who does not hate Joseph Kony. All this flaming passion and outrage was sparked by Kony2012, a YouTube video broadcast last Thursday, one sponsored by a charity called Invisible Children.

The aim was to make Kony ‘famous’. This man carried out a war of terror in northern Uganda for decades, with an army made up in part of kidnapped children, an army responsible for the most nauseating atrocities. No need to make him famous, because he was already infamous. But ‘famous’ he has become in the lights of Kony2012, with over fifty million views of the video. People in the States were encouraged to put up posters in cities across the nation, thus making the fight against Kony and the LRA a matter of ‘national interest’ in Washington. That, so the film makers believe, will ensure that US military ‘advisors’ are sent to Africa to aid in the hunt for Kony.

I wonder if these people understand the potential damage they have done; I wonder if they understand anything at all about the present political situation in Uganda? Ugandan bloggers and journalists, outraged by this moral imperialism, are saying that the film may very well serve to resurrect Kony and the LRA from a long decline. Javie Ssozi, a leading Ugandan blogger, has said that suggesting that the answer is more military action is wrong.

Have they thought of the consequences? Making Kony ‘famous’ could make him stronger. Arguing for more US troops could make him scared, and make him abduct more children, or go on the offensive.

The other thing worth pointing out is that the picture painted of Kony and Uganda by the film is six or seven years out of date. Kony is no longer in the country but hiding away in the jungles of neighbouring states. Documentary filmmakers have a responsibility to tell the truth as honestly as they can; otherwise they risk sinking into the mire of propaganda. Kony2012, with its inaccuracies and patronising view of Ugandans and Uganda, has done nothing more than whip up mass hysteria, the sort of thing that would have been understood by the yellow press of old. Remember the Maine! Remember Joseph Kony! – what’s the difference?

Do not misunderstand me; I think Kony is a boil on the backside of humanity, but this campaign is all surface and no substance; it rose quickly and it will die just as quickly, when the mob turns to some other fashionable trend. There have been people highlighting the Kony problem for years, with a lot more sobriety and a lot more effect. Sending in US troops would be like setting an elephant off in pursuit of the ants, and we surely all know the outcome with that.

Who are these Invisible Children people; what’s their motivation? Is it altruism, a concern for suffering humanity? No, the organisation seems to be a money-spinning operation feeding off pure emotion. I read in the Telegraph that of over $9million it spent in 2001 less than half went on helping people on the ground. The rest apparently went on “awareness programmes and products”, as well as management and media; in other words, a lot of self-promotion.

A spokesman for the Ugandan government, also pointing out that the war is no longer in the country, said that Kony2012 (it really should be Kony2006) is creating a wholly misleading impression, allowing Invisible Children to garner increasing financial resources for their own agenda. It’s clearly been a great success, playing on emotions rather than reason. But it really is time for the hate fest to end.
Posted by Anastasia F-B at 17:12