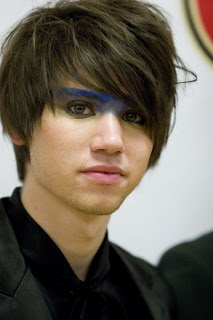 How much do you think was spent in ‘liberating’ Iraq? Personally I have no idea but I guess it was an astronomical figure. Then there are the lives, the people that cannot be replaced. I remember a few years ago the parents of a British officer killed in one of the many terrorist incidents that followed the ‘liberation’ of 2003 comforting themselves that his death was not in vain, that he had died, as they put it, ‘helping the people of Iraq’. We helped the people of Iraq alright, Britain and America; we helped to take them from the first to the ninth circle of hell.

This brave new ‘democracy’ isn’t often in the news at the moment. We hear of the occasional terrorist outrage but not much more. But the outrages are not just perpetrated by Al-Qaeda operatives; they are also perpetrated at the behest of the state in acts of medieval barbarism.

Last month Iraq’s interior ministry decided that a haircut was worthy of death. Well, that’s been the practical result of the announcement that the ‘emo’ style was a sign of devil worship, one that the country’s ‘Moral Police’ (yes, they do have a ‘Moral’ police force) has pledged to eliminate. In the wake of this some ninety students have been stoned to death by religious extremists. It’s all part of a wider campaign against people who have adopted what officials call ‘strange’ or Western appearances.

Recently armed men in civilian clothing kidnapped dozens of teenagers judged abnormal in appearance. Taken to secluded spots, they were then stoned to death, their bodies disposed of in garbage dumpsters across Baghdad, according to information given by activists to the Cairo-based al-Akhbar website. The details are grim. One individual who managed to escape says that concrete blocks were first thrown at the victim’s arms, then his legs and finally his head. If death does not ensue the whole process is repeated.

I read an article in the Sunday press, saying that the ‘Moral Police’ have been granted permission by the Ministry of Education to enter schools in the capital to pinpoint students bold or foolhardy enough to adopt an emo look. The suspicion is that the authorities and the extremists are working in harmony in acts of fashion genocide. The victims are young, teenagers mostly. People have been arrested not just because of their haircuts but for something as trivial as wearing jeans.

Yes, that’s the brave new Iraq, a country with forms of murderous intolerance that would have shocked the Spanish Inquisition. Saddam Hussein was bad but what has followed seems to me to be so much worse. My, how we have ‘helped’ the people of Iraq; how well-spent or money was; how well-sacrificed the lives of our soldiers.
Posted by Anastasia F-B at 16:54