Wormtongue and the Arab Spring 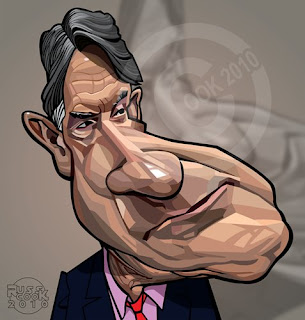 Peter Mandelson, Lord Mandelson of Foy, Business Secretary in the last Labour government, is possibly the most repellent and reptilian figure ever to have occupied high office in this country. For me this seedy and disreputable man seems to have all of the character attributes I associate with Shakespeare’s Iago or, better still, Grima Wormtongue from Lord of the Rings.

This particular Wormtongue enjoyed the company of the great and not very good. In his toadying style he enjoyed the company of Saif Gaddafi, with whom he had a jolly good time not so long ago at a private villa on the Greek island of Corfu, all chums together. But that was then, a time when he was falling over himself to do deals with Gaddafi senior. Things change; the Colonel is now the Beast of Tripoli and Lord Wormtongue welcomes the Arab Spring.

Indeed, he goes out of his way to welcome it in the latest issue of Prospect, a monthly political journal, saying that nerves over the great upheaval are misplaced, that the people want democracy, not extremism. He should know; he goes to the Middle East, he knows exactly what the people want, Colonels at one moment, freedom at the next. “I have recently made a return visit to Kuwait and, for a longer period, to Qatar”, he writes in his inflated and pompous style. Yes, democracy is what the people want; Mandelson says so.

I myself have recently not made a return visit to Tunisia, the country which saw the beginning of the end of the Arab Winter. I do keep an eye on things, though; keep an eye on press reports a lot more trustworthy than Mandelson’s musings. I read that Nouri Bouzid, the Tunisian director and prominent secularist, recently honoured at the Cannes Film Festival, was equally honoured in his own country when he was stabbed in the head by an unknown assailant. He survived, only to find that a speaker at a rally organised by Ennahda, Tunisia’s largest Islamist party, called for him to be “shot with a Kalashnikov.”

I really don’t want to rain on the Arab Spring but Tunisia is now showing every sign, as I wrote on a previous occasion, of the season turning to autumn with no summer in between. All over the country, with Ennahda on the rise, women, who previously enjoyed rights almost unparalleled elsewhere in the Arab world, are being forced to wear the veil. Forced praying and condemnation for apostasy are also on the rise. Moderate imams are being ejected from their mosques, too afraid to complain to the authorities because of the perceived weakness of the provisional government.

Hmm, a weak provisional government with a radical opposition busy organising among the grassroots, does this not remind you of something, another time and another point in history? Oh, there are all sorts of professions to ‘moderation’ and to ‘pluralism’…for the time being. As a Tunisian liberal leader said recently, there is a huge gap between what the Islamists say and what they do. February is past; the revolution heads towards October, guided there by the Bearded Bolsheviks.

You can safely disregard all that, disregard my Cassandra-like pessimism. People in the Arab world want secularism and democracy as a check on theocracy and extremism. Of course they do; Lord Wormtongue says so. 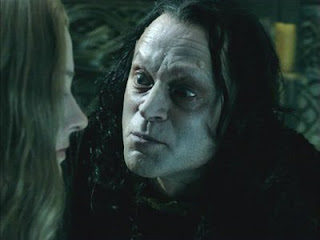