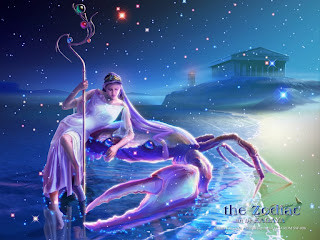 My birthday fast approaches so I give you this.

Those born under Cancer will be gifted in many directions far above the average, if educated thoroughly. They have a very superior intelligence, and an apti­tude for learning new things and work­ing out new principles. They are gener­ous and full of sympathy for the public good, but they demand a full independence to develop the same. They are often capricious, and frequently change their occupation.

Notwithstanding their love and loyalty, those born under this sign are apt to change companions and friends very frequently, often becoming bitter ene­mies of those to whom they were pre­viously attached. They are tactful to diplomacy in some matters, and show their hands with painful clearness in others. Their powers of understanding are very quick and keen; and they have excellent memories.

The mind of the Cancer person is mechanical. The men usually succeed well in manufacturing business and ac­tive trade of all kinds. The women are intellectual, are often very logical writers and speakers, remarkably progressive in their ideas, and frequently found among the prime movers in great humane enter­prises.

They are fond of the beautiful and artistic, and like to be handsomely attired. They are neat and orderly, and expect everybody else to be.

This sign is called the paradox of the twelve. A few harmonious people are to be found in it, which as far as known have not given any especial attention to men­tal or spiritual development; but, gener­ally speaking, the genius of the Cancer sign is exceedingly difficult to explain. Those born under it have a persistent will, a clutch of determination, intuition, and purpose.

Cancer has a driving, forceful personality that can be easily hidden beneath a calm, and cool exterior. They have a deep psyche and intuitive mind that is hidden from the world

Cancer is very possessive, not just with material possessions but with people as well. Cancer will always want to stay in touch with old friends and anyone who has ever been close to them, because it is easier to maintain a friendship than attempt to learn to trust a new person. It is easier this way for them emotionally. If you befriend a Cancer, you will stay friends for a long time.

Cancer are very intuitive. Most of the psychics of the world are Cancer astrology signs. They have an excellent memory and are very observant and can read people very well. They can usually tell of other people's intentions are good or not. Never dupe a Cancer, they can see your motives.

There is practically nothing they can't do. With their strong intuition, sensitivity, powers of observation and intelligence, they will have great success in anything they undertake. 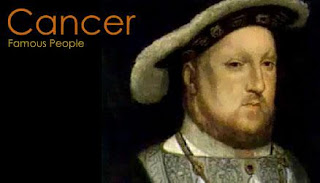 And not forgetting Lizzy Borden, so best look out! 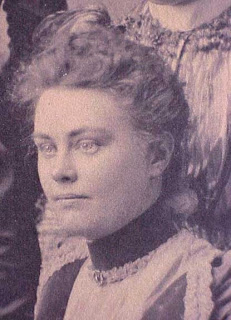