No stomach to this fight 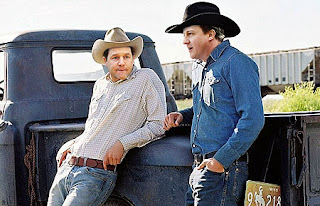 I voted Conservative in the general election of 2010. It wasn’t the first time I voted; no, that was in the election of 2005, just before my nineteenth birthday, full of passionate hatred for the warmongering Labour government of Tony Blair, full of hatred for any form of hard Labour, old or new. The outcome was a sad disappointment.

I was disappointed in 2010 also, disappointed that David Cameron had not won an outright victory. It was tempered with some pleasure that we had a kind of Conservative government but concerned that it had to be diluted by a bargain with the ghastly Liberal Democrats, the know nothing, do nothing party; the yellow party.

Now I’ve had enough; I’ve had enough of Cameron, this ‘heir to Blair.’ Actually he’s turning out to be part Blair – foreign war is quite the thing – and part Grocer Heath, Mr U-turn himself, the man who sold this country to Europe, the act of a political Judas. Cameron, too, is betraying the country in his abject cowardice towards Europe, something I’ll come to a bit later. First I want to say a word or two about Clegg and his gang, the tail wagging the Cameron dog.

No decent Conservative should put up with these people. They got a bloody nose in May, both in the local elections and in the Alternative Vote referendum. Hardly anybody wants them, this wretched party that belongs neither here nor there, neither of the left nor the right, but a soggy middle. If we had an election now I’m convinced that we would have another and more complete Strange Death of Liberal England, a prospect I wholeheartedly welcome.

Yes, they lost and ever since they’ve been desperate to ‘get it up’, to demonstrate a more ‘muscular’ Liberalism, with that grumpy old ass Vince Cable, a political Victor Meldrew, breaking solidarity that in the past would led to swift ejection from office. But he wants to moan from the comfort of a ministerial car.

Now Clegg and his gang are crowing about their ‘victory’ in making a mockery of the proposed reforms in the National Health Service. Paddy Ashdown, also known as Paddy Pants Down, a reference to past sexual shenanigans, says that Clegg, his fag, ‘played a blinder on this.’ Oh, in case of any misunderstanding here I should add that a ‘fag’ in this context does not mean what you may think it means. No, it’s the old practice in public schools of the younger boys acting as servants for the seniors!

So Cameron is made to look like a fool by these school boyish pranks, this laughable one-upmanship by Fag Clegg. He has little if any room for manoeuvre because his trick circus is all based on balance, the Limp Dumbs having marked out their pissing territory. This includes Energy and Climate Change, presided over by Chris Huhne, otherwise Windmill Man or Mister Hypothermia, who is likely to turn out to be one of the greatest mass murders of old people in history.

But let’s pretend that Paddy Pants Down, Vince ‘I don’t believe it’ Cable, Clegg the Fag Boy and Hypothermia Huhne are all a bad dream, that David Cameron won outright last year, as he should have against one of the most incompetent governments in history. Let’s pretend there is a Tory majority, dedicated to cutting the worst deficit we have ever accumulated.

What then? Drastic savings, a more realistic appreciation of our diminished role in the world? No, of course not: let’s bomb Libya, let’s waste more money, money we are being told we don’t have, on a futile foreign war. That’s the Blair way, after all. Oh, I almost forgot - let’s ensure that charity begins everywhere but home by ring-fencing the foreign aid budget.

The Heath way, the other Cameron route, is on Europe. There was an excellent letter in the Sunday Telegraph from one Charles Bell, pointing out the Prime Minister’s multiple failings on Europe. While an ever increasing burden is being placed on tax payers, no attempt has been made to reduce our contributions to the profligate European Union. No, pensioners will freeze this winter, unable to pay energy bills inflated by green taxes, while Herman van Rumpay, the risible Mister Euro Smurf, the make-pretend President, and Manuel Barroso, the other President, jet around the place in separate crafts because they are too jealous of each other to share!

Cameron has done nothing, moreover, to reclaim our legal sovereignty, lost with the wholesale digestion of the Human Rights Act. We can’t deport foreign-born criminals because they ‘have a right to a family life’ here, as defined by the Act and as interpreted by the courts. Bit by bit our sovereignty dies while Cameron only has time to stand and stare.

Oh, but he can’t clear out the nonsense of human rights legislation because the Limp Dumbs would not like it, which brings me back to my essential point: this Coalition is a liability, it makes Cameron look more ridiculous by the day, makes the Conservative Party look inept, cursed with the awful Liberal albatross.

Now is the time to go for a general election: Labour looks more hopeless than ever under Ed Millipede and the Liberal Democrats will suffer a political Armageddon. But Cameron, I regret to say, has no stomach to this fight. I can only wish that he would depart. I would personally make out his passport and put crowns for convoy into his purse.
Posted by Anastasia F-B at 16:04