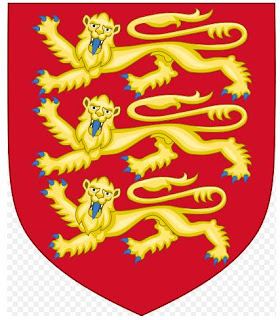 I have one major failing: I simply can’t abide fools. It’s not a question of a person having a different viewpoint from me; that’s a part of life. I can deeply disagree with people while still respecting what they have to say. What angers me is ignorance and the wilful misinterpretation of words. Let me show you what I mean.

I took part in a discussion recently on patriotism, on the meaning of patriotism, specifically directed to one’s own personal feelings on the matter. My answer was simple enough: I said it meant exactly the same thing to me as it did to Rupert Brooke, that golden boy of long-gone golden summer;

If I should die, think only this of me:
That there's some corner of a foreign field
that is forever England. There shall be
in that rich earth a richer dust concealed;
a dust whom England bore, shaped, made aware,
gave, once, her flowers to love, her ways to roam;
a body of England's breathing English air,
washed by the rivers, blest by suns of home.

And think, this heart, all evil shed away,
a pulse in the eternal mind, no less
gives back somewhere the thoughts by England given;
her sights and sounds; dreams happy as her day;
and laughter, learnt of friends; and gentleness,
in hearts at peace, under an English heaven.

It’s a poem by a soldier in the midst of war, a soldier writing from one of the theatres of war, but it’s not about war, not about hatred, not about enmity, not about vainglory; no, it’s simply about home, what home means, what love of home means, the words and sentiments of a patriot. The difference between this and nationalism could not be greater. As I’ve said on a number of occasions, a patriot is a person who loves their country; a nationalist a person who hates everyone else’s country.

In another essay posted last October (England, my England) I defined precisely what England means to me, what it is that defines me specifically as English, in all my uniqueness and eccentricity;

I am what I am; a single-minded English girl, whose simple love of home entails no harm and does no harm. But then, oh then, came the stupidity, those who could not tell the difference between introspective patriotism and aggressive nationalism, those who persisted in seeing patriotism as a form of wilful ignorance, as a mood of superiority, as a rejection of other nations and other loyalties; that one somehow perceived these as ‘inferior.’ I let rip in my inimitable way, doling out in full measure the kind of response this deserved.

There are some people, sad to say, not just of limited wit but almost completely lacking in basic comprehension. I have no hesitation at all in making a fool look like a fool, condemned not so much by what I say as their own choice of words. I’m neither going to mention the context of this discussion or the people in question. There are those, as Plato says, who only have iron in the soul.

Breathes there the man, with soul so dead,
Who never to himself hath said,
This is my own, my native land!
Whose heart hath ne'er within him burn'd,
As home his footsteps he hath turn'd
From wandering on a foreign strand!
If such there breathe, go, mark him well;
For him no Minstrel raptures swell;
High though his titles, proud his name,
Boundless his wealth as wish can claim;
Despite those titles, power, and pelf,
The wretch, concentred all in self,
Living, shall forfeit fair renown,
And, doubly dying, shall go down
To the vile dust, from whence he sprung,
Unwept, unhonour'd, and unsung.