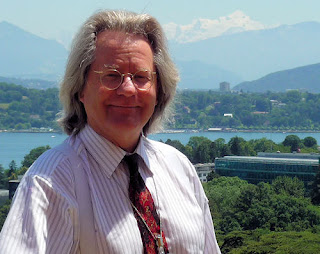 Universities are under tremendous pressure at the moment. Short of funds and with ever increasing demands for places, they have been forced to make hard choices, increasing tuition fees in some cases to the maximum allowed. This is absolutely necessary, especially as the top universities, always under some absurd social engineering imperative from government, no matter its political complexion, have to maintain standards.

The brutal truth is that we have too many students in too many institutions pursuing too many worthless degrees. The result has been the worst kind of academic inflation. We are sending people into higher education who should not be there, all in the name of equality. In present circumstances limited resources, too many bodies and too many third and fourth rate courses is a recipe for mediocrity and decline.

Above all the discrimination against the brightest and the best, those who are most able to make a meaningful contribution to university life, in favour of less well placed people, is disastrously ill-judged. Oh we mustn’t have elitism, the mantra goes. Yes, we must; the best must be allowed to be the best. I make no apology for embracing elitism. We are not all equal; we will never all be equal.

There is a terrible logjam in higher education, or better a Gordian Knot that needs to be cut. What better way of getting around spending restrictions and social engineering than founding a new university, one that will make no demands on the public purse, one based on private investment, one that can charge fees beyond present limits, one that can attract students, well-qualified in every respect, people who have been frustrated elsewhere but who can afford to pay for their education. Yes, an excellent idea, if only someone had sufficient vision and courage.

Someone does. Anthony Clifford Grayling, formerly professor of philosophy at Birkbeck, does. Last week he announced the creation of the New College of the Humanities in London, a venture which will be privately funded, where students will be charged double the existing fee levels allowed for by institutions beholden to government. It’s a bold, imaginative step, one which places particular stress on the humanities, under such pressure elsewhere. Boris Jonhson, the Mayor of London, has welcomed it, I welcome it and, as the Economist says, there is a market for the idea.

Some do not welcome it, including those who forced Grayling to abandon a public talk in Foyle’s bookshop in central London after smoke bombs were thrown. I can just imagine who it was, the same sub-literate oiks who despoiled the cenotaph last year in protests against the rise in tuition fees. Before this one shouted from the crowd “You have no right to speak”, then going on to demonstrate that he would have no opportunity to speak.

But the worst of all, the greatest oiks of all, are the academics who have condemned the New Humanities project as ‘elitist’, the horror, the horror. These include Professor Terry Eagleton, a Marxist literary theorist, who described it as a “disgustingly elitist outfit”, that Grayling had betrayed other academics by “jumping ship and creaming off the bright and the loaded.” This from a man who spends three weeks every year teaching at a private university in America which charges students £27,000 per annum, where he is paid a whacking great fee, as Grayling pointed out in the Times on Saturday. The stench of hypocrisy truly is overwhelming.

I hope the New College is a tremendous success. I hope it does attract all those people who can’t get places at Oxbridge because it upsets Nick Clegg too much, since they come from the ‘wrong’ background. We need an awful lot more elitism, the elitism upon which this country and its best educational institutions was built.
Posted by Anastasia F-B at 15:49