Neither a girl nor a boy be 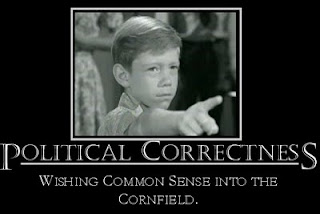 Do you believe that there is a limit to stupidity? I do, at least I used to, coming across some absurdity or other, saying things can’t get any more ridiculous than that, surely they can’t? But they can. There are no absolute limits to human stupidity; it expands ever outwards like the universe!

My attention was drawn recently to a story that appeared in the Toronto Star. It concerns a Canadian couple – people I decline to name – parents of a baby who decided that it should grow up genderless. Oh, they know the baby’s sex alright, as do the child’s older siblings, but the rest of the world is to be kept in the dark, and the rest of the world includes the child’s own grandparents.

So, I ask myself, do the grandparents refer to it as it? It's too young at present to have a view but how will it feel in years to come? Will it feel that it would have been better to have been born to parents who were not such stupid morons, parents who have taken political faddishness to the ultimate level: blaming God - and grammar - for creating hes and shes!

When it was born the couple sent an email to friends and family, saying that they had decided not to share its sex for now. “…a tribute to freedom and choice in place of limitation, a stand for what the world could become in Storm’s lifetime.”

Yes, Storm is its name, rather appropriate considering what it is likely to face at the hands of people who believe that parents making choices for children is “obnoxious”. Really? I rather thought that guidance and making choices was what responsible parenting was all about. Ah, but think of the freedom it will have, to live if it wants on a diet of chocolate bars and cookies!

My parents never imposed any kind of gender identity on me, whatever that is meant to imply. I was simply Anastasia, their daughter, valued as a girl and a daughter, never limited in any way, never taught to believe that there were restrictions on what I could or could not do simply because I was female. To that extent I suppose I, too, must have been a ‘genderless’ baby, inasmuch as I was always free from preconceptions, no limitation at all being created by the proper use of language and the rules of language. Oh, perhaps we should abolish pronouns also, along with gender!

It might give you some idea who these people are, what their mode of thought is, if I tell you that, when not working or ‘unschooling’ their older children (apparently it’s a offshoot from home schooling), they wander from place to place, spending time with the Zapatistas in Mexico at one moment, spending time with families in Cuba, learning about the ‘revolution’, at the next. Oh, brave new world that has such left liberals in it, people who turn the world upside down, formless freedom for some, abject tyranny for others!

That’s just the thing, isn’t it; this child of the revolution is not an individual; it's not a girl or a boy or genderless or a unique human being; no, it’s an experiment, an experiment in the most deluded forms of political correctness and liberal faddishness. It will not grow into freedom; it is likely to grow into neurosis, especially when it becomes aware that there is a wider world beyond the cocoon spun by its loopy parents; especially as the wider world has been made aware of it.

What these people are doing is encouraging the worst forms of voyeuristic speculation and curiosity, which effectively turns their baby into a sex object, not an individual who happens to be a girl or a boy. It is not a person; it’s an either or set of genitalia; for that’s what these publicity hounds have created. Setting out to do one thing they have achieved not just the contrary but the contrary at its most refined.

Oh, well, some folks are wise and some are otherwise, as Roderick Random says.
Posted by Anastasia F-B at 15:42