The Strange Death of Socialist Europe 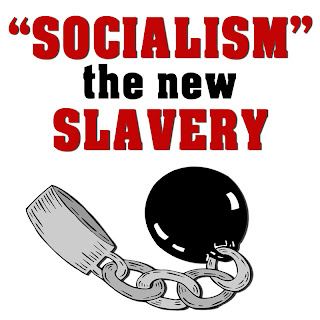 (With thanks to Nobby)


I have in front of me a copy of the Economist for 23 April, opened at page thirty one, a story headed In the red corner, about Ed Miliband, the leader of the Labour Party. Anticipating the outcome of the May 5 elections, a future now past, the author writes:

…it is likely to be a good day for the leader of the opposition. In local elections…his Labour Party is likely to make gains at the expense of both the Conservatives and Liberal Democrats…It may also return to power in Scotland and win enough seats to govern alone in Wales.


Oh, for the power of foresight! Rather than joy the May elections brought disaster for Mister Millipede, the biggest disaster of all in Scotland, ending decades of political thraldom to the Labour Party. Even in the local elections the gains were not that impressive, coming mostly at the expense of the Liberal Democrats, with the Conservative vote holding up well.

More important, we now know what a spineless traitor this man is, involved with a gang around Ed Balls in something laughably called Operation Volvo, a plot to stab Tony Blair, then Prime Minister, in the back and replace him with that gruesome old ogre Gordon Brown, whose time eventually came though most people wish it hadn’t! This is the Labour Party exactly – treacherous, backward, stupid and back-stabbing, totally unfit for government, totally unfit to govern itself let alone the country. It deserves to be led by an insect like Millipede.

It’s heartening to know that the debacle of 5 May is a symptom of the malaise of the left all over Europe, something highlighted by Toby Young in the Telegraph soon after Super Thursday. The traditional blue collar vote is drifting away. In Sweden the Social Democrats lost its second election in a row, with only 22% of people in work voting for them.

It goes on. In the European election of 2009 the German Social Democrats only managed 20% of the vote, their worst showing since the Second World War. In France the Socialists managed a derisory 16.5%. It will be interesting to see how they poll in future now that Dominique Strauss-Khan, their great hope for the next presidential election, stands accused on a charge of sexual assault.

The truly interesting thing is that the 2007-08 financial crisis and its aftermath has sent voters to the right, not the left, as Young points out. Old boundaries are melting. In France more and more working class voters are being drawn away from their traditional political attachments to the socialists and the communists, voting instead for the right wing National Front, something I highlighted in the Irresistible Rise of Marine Le Pen, an article I wrote for BrooWaha (www.broowaha.com/articles/.../the-irresistible-rise-of-marine-le-pen)

The common factor here is that the liberal elites who dominate the left no longer share the outlook of their one-time voters, who are more concerned than ever by the impact of mass immigration. It really does not matter how one cuts this up, economic migrants or bogus ‘asylum’ seekers, it means numbers and more numbers, particularly from places in the world alien to the European cultural tradition. In Sweden, for example, a million immigrants have entered the country since 1990, fully three quarters of whom subsist on state benefits, the welfare free-riders that the right-wing Sweden Democrats identified in the general election of 2010.

Come to think of it we have no need of a foreign aid budget, as across a good bit of Europe, Britain included, foreign aid is being paid in the form of public doles. There is no need to wait for it never to be paid in, say, Kenya, where it ends up in the pockets of kleptocrats; no, come to Britain as a welf…sorry, asylum seeker instead.

Immigration, bad as it is, is only one part of the equation, as Young says. There is the question of the European Union and European integration, much beloved by déclassé liberal-socialists, much hated by ordinary voters. Earlier this year the True Finns – the Finish equivalent of the United Kingdom Independence Party – polled 19% of the vote in a general election, a five-fold increase since 2007. In contrast the Finish Social Democrats saw their vote fall to just over 19%. This is in a country where immigration is not an issue but Europe is, particularly in the light of the Euro-crisis and the bail-out for countries like Greece and Portugal.

People are angry, angry at the anodyne formulas and the lies; angry at the dissimulation, at the betrayal of democracy and the betrayal of nations, angry that decisions are being taken for them by a cabal of corrupt politicians and self-serving bureaucrats; that aliens, terrorists among them, have been allowed to flood across porous borders, that communities have been destroyed.

The people most betrayed are the working class, people who have been shamefully taken for granted by tofu-eating lefties all over Europe. Ethnic identity, other older and more atavistic loyalties are beginning to re-emerge. The political right needs to have the imagination to capitalise on this, to confine cosmopolitanism, liberalism and socialism to the oblivion where they truly belong.
Posted by Anastasia F-B at 15:49