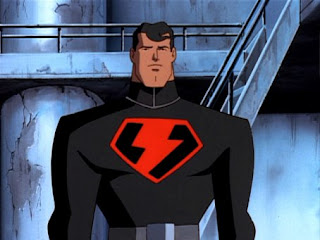 Moral panics are as old as civilization itself. Socrates was executed for ‘corrupting the minds of the young’, a perennial fear among the old, among those who have reason to fear. Socrates was a threat to any kind of self-satisfied gerontocracy, but moral panics have alighted on far more innocuous things than his demanding dialectics; things like comic books!

I’m continually indebted to the stimuli I receive from other bloggers, paths opened before me that I might not otherwise have explored. Jeremy Janson drew my attention recently to an article in The Washington Post by George F. Will, published towards the end of last month. It concerns a case before the Supreme Court, a challenge to a law passed in California banning Postal 2, a violent video game.

Lawyers acting for the games manufacturer are arguing that this ban violates the First Amendment, guaranteeing free expression. They have also, rather ingeniously, drawn the justices' attention to previous moral panics over cultural ephemera, including one in the 1950s over comic books. The whole thing is just so amusing, an insight not only into the character of moral panics, the absurdity of moral panics, but also into American cultural history.

In the early 1950s American legislators were so concerned over what was referred to as ‘juvenile delinquency’ that the Senate even established a sub-committee to look into the problem. Comic books, read by an estimated 90% of children, were quickly singled out as a possible contributor to the phenomenon.

It should not be assumed, though, that this was just more evidence of prejudice and conservative reaction against popular culture. The Senators would have been able to draw on sociological support for their deliberations, including the work of one Frederic Wertham, a political progressive. A psychiatrist by profession, he had previously opened a clinic in Harlem, which he named after Paul Lafargue, Karl Marx’s son-in-law, the man responsible for translating the old beast’s Das Kapital into French, “thereby facilitating the derangement of Parisian intellectuals”, which Will offers as the sting in the tail of the scorpion!

Since 1948 this fellow had been campaigning against comic books, in 1954 publishing a book entitled Seduction of the Innocent, suggesting a causal connection between them and the desensitisation of young criminals – “Hitler was a beginner compared to the comic book industry.” I find it difficult to believe, but this tendentious, pseudo-scientific rubbish quickly became a best seller. It was even praised by C. Wright Mills, left-wing sociologist and the doyen of progressive thought at the time.

So, would you like to know what concerned Wertham the most? Was it pulp fiction horror comics? Was it ghouls and vampires? Yes, but his targets also included Superman. Superman! Gosh, if one were to choose an archetype for the all-American ideal one could do no better than alight on Superman, clean-cut, decent and horribly goody-goody! Not so, said Wertham: in his ongoing fight against the bad guys Superman paid no attention to due process, which made him a “crypto-fascist.” And as for Batman and Robin, they demonstrated “homoerotic tendencies.” Absolutely, it could not be clearer: the older man and his little chicken!

It’s all terribly droll, but just as the Fatty Arbuckle scandal had been responsible for a crackdown on movie makers in a previous generation, lurid suggestions like this quickly impacted on the comic book industry. Hill says that more than a dozen states passed laws restricting the sale of comic books and some civic groups even staged book burning sessions, I suppose reducing that ‘crypto-fascist’ Superman to ashes.

As movie producers previously adopted their own standards of censorship in response to the political climate so, too, did comic book publishers. But silly panics of this kind are most often replaced or sublimated by other panics. By 1956 the hysteria over comics had been replaced by Elvis and his pelvis!

Will concludes his article with some pertinent observations about Progressivism in general, which he defines as a “faith-based programme”, a secular substitute for the religious admonitions of a previous age. Though Progressivism is a uniquely American intellectual and political phenomena it belongs to a wider current, to what I would refer to as the fascism of the left, the fascism of any philosophy based on the belief that people can be made perfect through the actions of the state. At the one extreme there is the attempt to modify action by censorship; at the other there is eugenics and the sterilisation of ‘bad stock’, a programme that at one time united people as diverse as Adolf Hitler and H. G. Wells.
Posted by Anastasia F-B at 15:27