The She-Wolves of England 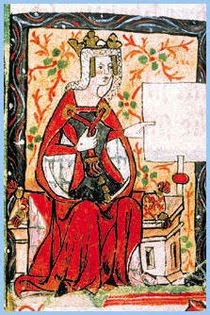 There is a letter in the Christmas issue of the BBC History Magazine complaining about the growth in factual inaccuracy. One of the examples the writer gives is that in the recent television adaptation of Ken Follet’s Pillars of the Earth Matilda, daughter of Henry I, is referred to as Maud. In a piece of counter-pedantry let me say that she was often written of as Maud or the Empress Maud (her first husband was Henry V, the Holy Roman Emperor) when she was alive.

Still, I’m thankful to Mr Pedant for setting my mind off at yet another tangent, thinking about the lesser known queens of England, queen consorts, to be more accurate, some of them of truly formidable character, including four of my favourites: Eleanor of Aquitaine, wife of Henry II; Isabella, the so called she-wolf of France, wife of Edward II; Margaret of Anjou, wife of Henry VI; and Henrietta Maria, wife of Charles I.

The turbulent relationship between Henry II and Eleanor of Aquitaine, a figure of considerable territorial and political importance in the twelfth century, was beautifully captured in The Lion in Winter, a 1968 movie based on a stage play of the same name, with Peter O’Toole and Katherine Hepburn in the title roles. Poor Henry: King Lear was positively fortunate compared with him. In place of two treacherous daughters he had a scheming wife and four treacherous sons! 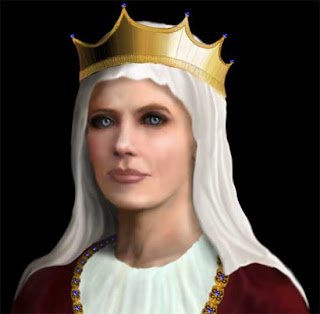 When it came to scheming and treachery Eleanor was an amateur compared with Isabella, daughter of Philip the Fair of France and wife of Edward II. She was briefly to be one of the most powerful women in the whole of the Medieval period, deposing her husband in a coup in 1326, thereafter ruling England jointly with Roger Mortimer, her lover, on behalf of Edward III, her underage son, until she herself was deposed in 1330. I might be tempted to describe her as England’s Lady Macbeth, except she was altogether more ruthless! Her relationship with Mortimer, with whom she formed an attachment in 1325, was, by all accounts, one of the most passionate of the day, just as her relationship with Edward, almost certainly a homosexual, had been cold and distant. 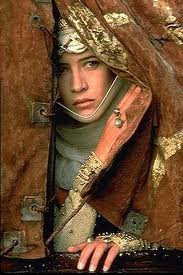 What happened to Edward after he was deposed continues to be a source of considerable speculation. The old story remains popular, that he was murdered in a particularly atrocious fashion within the walls of Berkeley Castle. Though his death from an unspecified ‘fatal accident’ was announced in September, 1327, the contemporary evidence on the matter is thin in the extreme. The sources continue to be challenged, most recently by Ian Mortimer writing in History Today (Fragile Historical Sources: Barriers to the Truth). Some historians, on the basis of fragments and rumours, have suggested that he escaped, dying many years later in exile.

What do I think? I can only speculate, of course, and I do not believe that the matter will ever be resolved conclusively. I have little doubt, though, that the stories of the wandering hermit are all so much nonsense. The death of prominent people in the Middle Ages, especially if the exact circumstances were unclear, was almost always followed with rumours to the effect that they were not dead at all. In the end it comes down to politics and nothing more. Edward died, by whatever means, because he was too dangerous to remain alive, a fate that was later to descend on Richard II and Edward V.

For a disloyal queen let me give you one of the most loyal, yet another Frenchwoman – Margaret of Anjou, wife of Henry VI, an even more worthless monarch than Edward II. It was Henry’s incapacity for government, and his periodic bouts of insanity, that led England into the fifteenth century dynastic struggle later known as the Wars of the Roses. 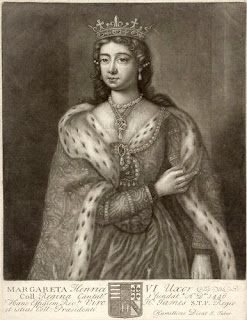 Henry as a man and a leader was a complete vacuum; it was Margaret who filled the space created. She was the driving force behind the Lancastrian campaign against their Yorkist opponents. In her vengeful anger she was to give the struggle a particularly vindictive and bitter edge. But for all of her effort in the end she was left with nothing. Edward, her son, for whom she sacrificed so much, was killed at the Battle of Tewksbury in 1471. Soon after Henry was deposed and murdered. Broken in spirit, Margaret was finally allowed to return to her native France, where she died in August 1482 aged only fifty-two.

My final queen (yes, you guessed it; she’s also French!) is Henrietta Maria, wife of Charles I. To begin with her relationship with her husband, who preferred male favourites, was no more cordial than that between Edward and Isabella; but unlike them Charles and Henrietta Maria came to love one another, forming a particularly strong familial bond. In many ways she was the best and worst of consorts: the best in giving her husband unfailing support; the worst in advising him of action that often proved disastrous. It was her Catholicism, and fear of the Catholic party around her, that added to the mutual hostility between Crown and Parliament, leading to the outbreak of the Civil War in 1642. 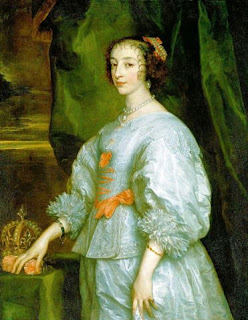 With the struggle underway she helped raise money and arms for the Royal cause on the Continent, returning to England like a goddess of battles in 1643. She was Charles’ backbone, the most militant of his counsellors and confidants, arguing, rather disastrously, as it turned out, against all peace overtures from Parliament. In encouraging the schemes of the earls of Montrose and Antrim she helped widen the theatre of operations by carrying the war to Scotland, allied with the English Parliamentary party. But with the military situation continuing to deteriorate, Henrietta Maria, pregnant with her last child, finally left Oxford, the Royalist wartime capital, for the safety of Bath in early 1644. From there, by stages, she returned to the Continent. She and Charles were never to meet again.

So, these are my queens, the she-wolves of England, in every case deadlier than the male. 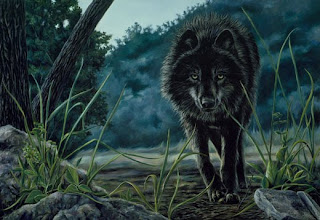