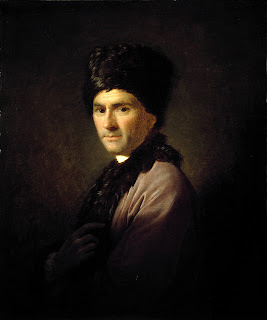 I have a long-standing detestation of the political philosophy of Jean Jacques Rousseau, something I’ve alluded to on previous occasions, most recently in my piece on celebrity (The Silliness of Celebrity). I suppose I detest the thinkers of the French Enlightenment in general, but he incites a particular animus. His manifesto, his belief in human perfectibility, is the guide for all that follows, all the horror from Robespierre and the Republic of Virtue to Pol Pot and Year Zero.

Rousseau stands in sad contrast to the brilliant and prescient Edmund Burke, who in Reflections on the Revolution in France warned of the implications of the new all or nothing ideologies, warned that reform could only be pursued on a piecemeal basis in the context of existing social and political institutions if disaster was to be avoided, if state tyranny, terror and dictatorship were to be avoided.

Now I’ve read a timely reminder by Fraser Nelson in the Spectator’s Coffee House Blog (Why we must remember the lessons of the Anglo-Scottish Enlightenment) that there are other thinkers beyond Burke to whom conservatives are indebted. There is also another Enlightenment altogether, far more constructive in every way than the French. He is writing of the Scottish school of the eighteenth century, a brilliant period in that nation’s history, that saw the emergence of thinkers and writers like Adam Smith, David Hume (one he neglects to mention), Adam Ferguson and Francis Hutchison.

Fraser makes the crucial point that though many of those in the Continental tradition might express admiration for the people as a general concept they had, in practice, little faith in the people;

They feared that humans pursuing their self-interests would become corrupt – and that, left alone, selfish instincts would prevail. It followed that strong government was vital for a strong country. The only question was who should hold power. That so many people still believe this to be true (government virtuous, masses selfish) is testament to the allure of the French Enlightenment. It has been the basis of socialist government worldwide.

This, in short, is the basis of statism, the inversion whereby people are acted on rather than acting, managed rather than managing. Now consider the Scots. Not only was their approach empirical and practical but their philosophy was quite different from the pessimistic and all-encompassing French model. People if left alone, they held, were essentially virtuous and would, with the right tools, work out what was best for themselves and their families. Thus progress and change would be cautious and incremental, evolutionary and not revolutionary. The solution to a particular set of social problems lay, in other words, with the people, not with an elite purporting to represent the people.

The paradox is, as Fraser says, that though the positive Anglo-Scottish tradition (Anglo because he adds John Locke to the mix) is better in every way than the French, it’s their model we have ended up with. This country does best, as Margaret Thatcher demonstrated, when it follows the dictums of Adam Smith, offering practical solutions rather than grand abstractions. What he neglects to say, though, is that we have lost our way, lost sight of sober Anglo-Scottish principles, because we are now part of a Continental Empire, part of a European Union, driven by the idea that the people are not to be trusted, that only a benign and remote elite can address problems with centralised and statist solutions. The principle that drives the bureaucrats in the European Commission is not ‘we, the people’ but ‘they, the people.’ It’s Rousseau’s final triumph.
Posted by Anastasia F-B at 15:36