By the Rivers of Babylon 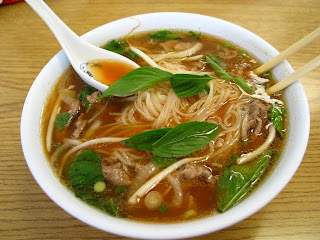 We were in Ho Chi Minh City (still called Saigon by the local people). Have you ever had pho? It’s really super, large bowls of soup, with fish or chicken, or whatever your preference happens to be. It comes with lots of vegetable accompaniments, to be added to the pho bowl according to preference. There, on the table, amongst the other things, was a little dish of chopped salad onions. At least that’s what I thought it was. It wasn’t: it was chopped green chillies, a kind I’d never seen before.

So, thinking nothing of it, I spooned them abundantly into my bowl. All unawares, just one spoonful was all it took. Wow! I like spicy food, and I like chillies; I’m particularly fond of Mexican cuisine. But this was different; these chillies were not hot; they were lethal. As I wrote on Blog Catalogue, it was as if an atom bomb had gone off inside my mouth, and that is the mildest way of describing the sensation. It was a hotness of quite unbelievable intensity.

I started to cough uncontrollably. Quick, a mouthful of cold beer! That was absolutely no use at all, even several mouthfuls. The Vietnamese waitresses were so sweet; they knew exactly what was wrong, bringing me glasses of warm water, which, for reasons I cannot explain, really did have a calming effect. But, as always, that which did not kill me only made me stronger…and more wary.

I really will try anything once when it comes to food. In my travels I’ve had all sorts of unusual things. I was going to try bear in Russia but the waiter advised against it, saying that it was an acquired taste, and since it was my first night in Moscow, since I was tired and hungry, I really did not feel like experimenting. The blini with caviar and soured cream were excellent though!

Sometimes the best meals are the simplest, though often the setting, the context in which one dines, significantly adds to the pleasure. Eating barbequed sardines overlooking a Spanish beach is lovely. Then there was the substantial local gazpacho I had in Cordoba, a restaurant near the Mezquita, or having luncheon with some wonderful friends in the Foreign Correspondents Club in Phnom Penn or dinner at Per Se in New York. But the best of all, the meal that has yet to be exceeded for pleasure in taste, the pleasure in setting and the pleasure in the company was one of fried fish ( I have no idea what it was) sitting by the shores of Lake Victoria in Uganda, red with the sinking sun. That truly was divine. Some memories are so sweet; some moments truly are magic. 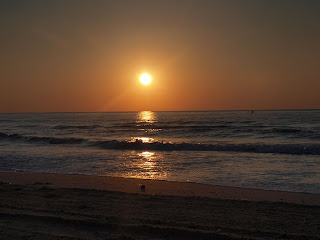 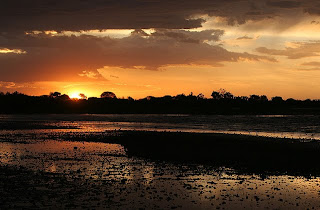 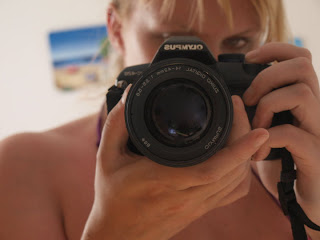