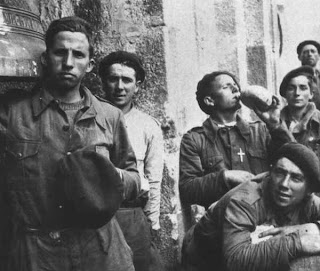 The Spanish Civil War is more surrounded by a fog of myth and misconception than any other single event in history. For the political left it has the aura of a crusade, to me a rather delicious irony.

Here, at last, so the narrative went, the working class were making a stand against the onward march of Anti-Christ. Many of the benighted individuals who volunteered to fight in the communist International Brigades went without the first clue of the realities on the ground, without the first clue about Spain or Spanish history. They went at the behest of an even greater tyranny, a tyranny more ruthless towards its ‘friends’ than its enemies, as many were to discover during the Barcelona May Days of 1937, so memorably described by George Orwell in Homage to Catalonia.

There were other volunteers, people who are not part of the martyrology because they chose the ‘wrong’ side; they chose to fight for Franco. I have in mind one particular individual, an Englishman by the name of Peter Kemp.

There is something wonderfully romantic about Kemp, something freebooting and uniquely English. He falls so easily into a buccaneering tradition, along with the likes of Sir Francis Drake and Lawrence of Arabia. Soldier, writer, adventurer, Kemp, was born in August 1915 in Bombay, where his father was a judge. Educated at Wellington School and Trinity College, Cambridge, he started to read for the Bar when the Spanish Civil War began in 1936.

Already alarmed by the menace of communism, Kemp, a High Anglican and self-styled Tory Radical, set off on the right direction, while Orwell, Auden, Spender, Hemingway and so many others set off on the left! In Spain he joined the Carlists, a royalist and legitimist faction within the Nationalist army, about as far removed from contemporary notions of fascism as is possible to imagine. The red-beret of the Requetés, the Carlist militia, a movement that harmonises so well with my own romantic and royalist vision, was just as important in the Nationalist camp as the blue shirt of the Falange. 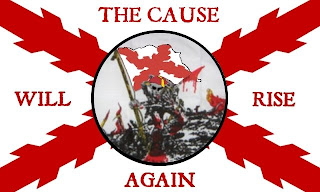 Later he transferred to the Spanish Foreign Legion, where he rose to command a platoon, a unique distinction for a foreigner. He saw action on the Madrid front, in the Bilbao sector and in the great offensive of 1938 which drove the Republicans out of the Aragon area. Wounded several times, he stayed on duty until a mortar bomb broke his jaw that same year. Then Franco personally approved a long convalescent leave back in England. By the time he recovered the war was over.

His subsequent career was just as varied and distinctive. No fascist sympathiser, in the Second World War he served with distinction in the newly-formed Special Operations Executive, taking part in cross-Channel commando raids. In the Balkans he saw operations in Albania and carried out SOE missions in southern Poland. With the war in Europe coming to an end, he transferred to the Far East, helping to supply arms to French troops in Indochina, where they were fighting the Japanese, on the one hand, and the communist Viet-Minh, on the other.

Later still he was in Hungary during the anti-communist uprising of 1956, when he helped some students to escape into Austria from the advancing Russian forces.

In 1957 Kemp published Mine Were of Trouble, an autobiography covering his time in Spain. In the main this is an account of his military adventures, with little in the way of political apologetics. To the end of his life, though, he maintained that his cause was the just one, that communism was a far greater danger to Spanish civilization than the Nationalist right, far more conservative than fascist. 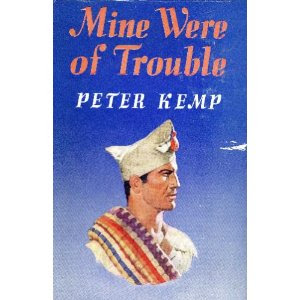 He also makes the unanswerable point that while Franco accepted Italian and German aid he never allowed them to direct his war in the way that the Republicans allowed the Russians to direct theirs, even importing the NKVD, the murderous Soviet security service, which used the opportunity to extend the Great Purge to Spain.

Kemp died in October 1993, having lived long enough to see the end of communism in Europe, the end of a struggle in which he, at the outset, had played a small but noble part. ¡A mí la Legión!