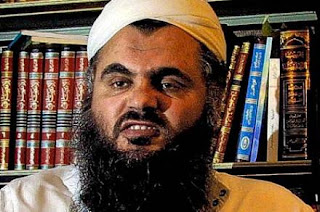 In 1290, following the death of Margaret the Maid of Norway, the Scottish throne fell vacant. With no generally acceptable candidate the Scots nobility turned to Edward I as an arbiter. Edward arbitrated alright, but at a cost. Scotland got its king, John Balliol, only to lose its freedom. As part of the deal Edward insisted that all appeals against the judgements of Scottish royal courts be reserved to his person, undermining the very thing that defines a sovereign state – the right to determine its own legal affairs.

England now finds itself in the same position; the country has lost the right over its legal affairs; the country has effectively lost its sovereignty and its independence. Last week the European Court of Human Rights decreed that the government cannot deport Abu Quatada, a notorious terrorist and hate preacher, a man once described as Osama Bin Laden’s ambassador in Europe, to his native Jordan, where he is wanted for conspiring to carry out bombings. The suspicion is, you see, that he will not get a ‘fair trial.’

So we have the trial instead, the threat of this appalling individual living free in our midst. At present he is being held in Long Lartin, a high security jail, but, if the judgement is allowed to stand, he could be released in three months, to join his wife and five children, all supported at the expense of the tax payer, and that expense so far has amounted to more than a million pounds.

These foreign judges, people with an outlook wholly alien to our traditions, accept assurances that Qatada will not be ill-treated in Jordan. But that’s not enough, oh, no; for some of the evidence to be used against him may, I say, may, have come from torture. This after the Law Lords in our own High Court of Parliament ruled that there was no proof that any of the evidence against Qatada had been obtained by torture.

So, on a supposition, we are left with the reality, a perpetual threat, one who will have to be monitored continuously at yet more astronomic expense. Can things, I ask myself, get any crazier? Yes, with these foreigners undermining our government, our parliament and the highest court in the land they can and they will.

In 1296, the Scots, having had enough of Edward’s legalistic tyranny, threw off the shackles and began a prolonged struggle for national independence, this with a fraction of the provocation we have suffered at the hands of Europe. It’s time England had its own war of independence, to begin with a referendum on membership of the European Union, an organisation and a tyranny of which I, for one, am heartily sick.
Posted by Anastasia F-B at 15:17